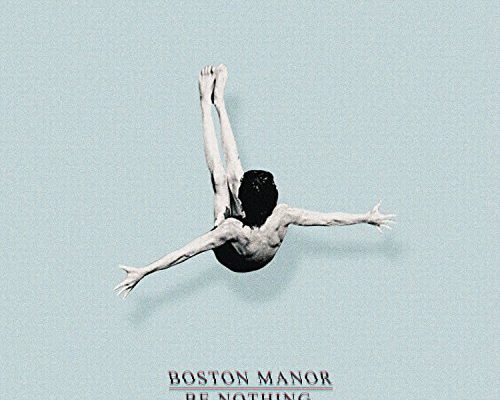 Discovering Boston Manor just last year, it was easy to see the potential this England-based band had. Being familiar with the past EPs they have released, the strong musicianship behind each of the members and the undoubtedly powerful lyrics in the songs they produce is evident, causing me to not be surprised when I listened to Be Nothing for the first time.

As I predicted, Boston Manor’s managed to craft a near perfect debut album, writing better songs than bands who have been in the industry for years longer and finding the perfect balance between emo-rock and pop punk.

“Laika” is the first single to be released off Be Nothing and it’s a track that really shows the growth and progress they have made since their last EP, Saudade, in 2015. The overall production of “Laika” is more clear and refined in comparison to what was featured on Saudade, the sound seeming more methodically thought out and calculated, two concepts that are found throughout all of Be Nothing.

Vocally, this is a powerful album. Henry Cox has such distinct vocals that can hold grit one minute and be completely smooth the next, giving each track it’s own individual characteristics and giving listeners the ability to quickly recognize any Boston Manor track. Cox gives a refreshing performance in a music scene where male vocalists do a lot more screaming and shouting than singing.

One song I always find myself coming back to is “Lead Feet”. As the second track on the album, I feel like it encompasses Boston Manor the best. Every instrument is spot on, “Lead Feet” allowing short breakdowns of every instrument to really showcase what each member is capable of. As a percussion and rhythm driven track that allows drummer Jordan Pugh and bassist Dan Cunniff to really come in strong, the verses and bridge allow for powerful guitar melodies that add distinction to the track, all done by guitarists Ash Wilson and Mike Cuniff.

The lyrics in “Lead Feet” are impeccably written, another theme found throughout Be Nothing, showing off the writing power the band has. The track has honest and relatable lyrics with a hook that gets stuck in your head instantly, leaving you singing the tune in your head throughout the day.

Meanwhile “Cu” is a moment on Be Nothing where Wilson and Cuniff really show off their guitar skills. Creating a haunting, distorted melody that is weaved throughout the song, the grungy guitar sounds really come to life following the final chorus and effortlessly lead into the following track, “Broken Glass”.

The track I am most looking forward to hearing live the next time Boston Manor swing through the Pacific Northwest is “Fossa”. With a good mix of slow tempo verses and fast paced choruses, this is another incredibly composed song and is definitely a stand out on Be Nothing. As the last track on the whole album, “Fossa” is also a great send off for listeners, the guitar fade at the end leaving a sort of wonder as to what will come next from the band.

The lyrical content and subject matter in their songs is the strongest quality Boston Manor has. Performing in a music scene where listeners instantly latch onto any form of music they can relate to, Boston Manor has the ability to catch the attention of many with simply the stories and feelings they share throughout Be Nothing. They don’t sugarcoat or write in a particular style and perspective that seems inauthentic, but produce songs that hold substance and themes that all listeners can relate to in one way or another.

Be Nothing is an album you will listen to and be unaware that it’s the band’s first full-length unless being told so. The overall production has been taken to the next level and it is clear the band has matured their sound and writing since their last release.

With Boston Manor finally touring the states, this Pure Noise Records signed band is definitely one to check out. While it’s important listeners make their own opinions after listening to the album, it can be said confidently that Be Nothing may just be one of the best full-length debuts to happen in this scene in a very long time.

Be Nothing is available for pre-order here.