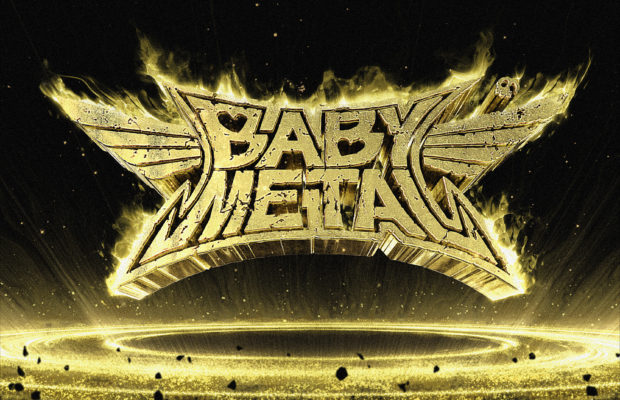 6 p.m. May 11th at The Fillmore Detroit. A line stretching four city blocks is snaking its way through The Motor City and it’s steadily growing. Fans ranging from a 6 year old girl with her parents, dressed in her absolute best “kawaii” (cute) outfit, to grown men and women waiting anxiously for the doors to open to spend an evening with BABYMETAL. Metal heads, rock fans, Jpop lovers all standing together to see the Sakura Gakuin graduates and Kami Band, thrill them with their world renowned live show.

BABYMETAL, (if you haven’t heard of them by now) are a Japanese “Kawaii Metal” (cute metal) group comprised of 18 year old Suzuka “Su­metal” Nakamoto and 16 year olds Yui “Yuimetal” Mizuno and Moa “Moametal” Kikuchi, along with their band, Kami Band. Formed in 2010 as a subgroup of famed Japanese Idol Group Sakura Gakuin (Cherry Blossom Academy), BABYMETAL are currently on their 3rd world tour, beguiling the globe with relatable lyrics, killer choreographed dances and crushing riffs.

7 p.m. The doors open and fans start piling into The Fillmore Detroit, waves of BABYMETAL lovers head towards the merch booth to get their fix. I am standing on the main floor waiting with great anticipation, 4 rows deep from the barricade. The venue starts filling up with eager supporters as a playlist featuring a who’s who of metal royalty plays over the sound system.

8 p.m. The playlist stops… the lights dim low and the crowd roars as Kami Band takes the stage. They greet the crowd and take their positions as the swell of anticipation builds ever higher. They begin playing their heavy almost cadence style marching anthem “BABYMETAL DEATH”. A song designed to pump up the audience and set the mood for the show, which works to great effect. The girls march out, stepping to the beat they take their places on the stage and begin the show.

BABYMETAL moves through song after song like seasoned veterans, iine, Awadama Fever, GJ and so on. Playing a selection of their popular, crowd pleasing hits from their debut album BABYMETAL (released February 2014) and their sophomore album Metal Resistance (released worldwide April 2016). Commanding a crowd response that would rival any band’s hometown show, the sold out, packed Fillmore Detroit is bursting with energy. With Su­metal, Yuimetal and Moametal asking and commanding the crowd “How are you doing tonight?!” “Now scream!”, the fans reply with a roar.

About halfway through their set, BABYMETAL moves into Catch Me If You Can. Near the end of the song the girls run off stage for a short break. Kami Band moves forward and re­introduces themselves to the crowd by displaying their collective musical prowess in an absolutely incredible jam session. The girls come back out from the stage wings and move right into Meta Taro, soon after, they launch into their current hit, Karate. During the bridge of this song, the girls hop on their risers and start beckoning the crowd to chant with them. Everyone has their fox signs in the air, shouting with a collective voice to Su­metal’s “we want to hear your voice!” and she continues the crowd interaction with a bit of call and response.

Soon the group plays Gimme Chocolate, which currently has over 50 Million views on YouTube. During the bridge, the girls take to the risers again, with Yuimetal holding a huge, 2 and ½ foot wide Three Musketeers bar and Moametal holding up a Snickers bar. Su­metal says “push it back”, asking the crowd to move back from the stage a bit, to spread everyone out. After a little bit of call and response, Su­Metal asks “Do you like chocolate?”, the crowd responds with an emphatic “yes!”. Then Su­metal says “I’m going to count, 3­2­1 then jump!”. As she begins the countdown the crowd readies themselves before jumping with more energy than any show I’ve ever seen!

The show is coming to a close as the group slows things down a bit by playing the English version of their song The One. As they finish, the lights go dark in the venue. The stage is empty as the fans begin to stomp their feet and clap their hands while chanting “One more song! One more song! One more song!”. Kami Band and BABYMETAL come back on the stage and the crowd erupts once again. For their encore they play Road of Resistance, with a bit more call and response with their fans. They finish with their signature “We are… BABYMETAL!” and “See you!”. With that, the show has come to an end. The audience files out of the venue all smiles, with seemingly more excitement about having seen BABYMETAL live than they had while waiting in line at the beginning of the evening.

The nearly non stop, almost 2 hour show full of perfectly executed and difficult choreography, powerful music and crowd interaction have left me in the same state as the crowd; in complete awe. BABYMETAL earned some new fans tonight and gave everyone something to talk about for months to come. If you are not a BABYMETAL fan, you should be.