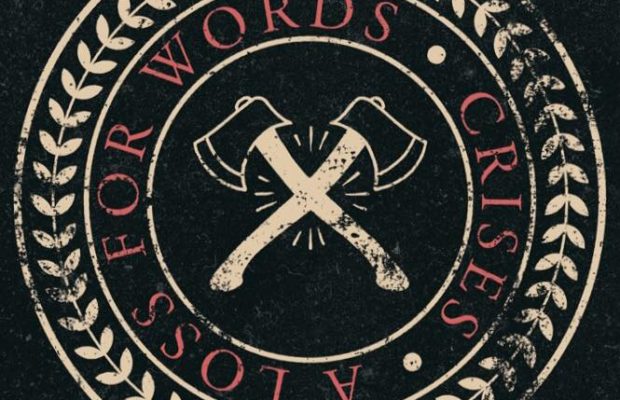 Any pop-punk fan would probably cite A Loss For Words as being one of the underrated bands in the scene. The Massachusetts rock band has been around for over 15 years and with the release of Crises, their fifth and final album, the boys are closing the doors on this chapter of their lives. The hardworking powerhouse band is no stranger to producing great albums in a short period of time, release one album per year from 2011-13. A Loss For Words took a nearly three year break between their last release Before It Caves and Crises. This final album offers listeners with one last taste of A Loss For Words and a bittersweet goodbye.

The album opens with “Existential Crisis at the Cask ’N Flagon”, an aggressive yet classic pop-punk track. Lead singer, Matty Arsenault’s soar through the earworm chorus that is sure to have you humming along for the rest of the day. Whether intentional or not, it seems as though A Loss For Words has taken inspiration from some of the newcomer powerhouse bands in the scene and infused those sounds into this parting record. “I Feel An Army In My Fist”, which features Andrew Neufeld (Comeback Kid) shows similarities to the sounds of Neck Deep’s Life’s Not Out To Get You.

The 10-track album is filled with strong tracks and earworm tunes, specifically “Boston’s Wayward Son (Exit 16B)”, a jam band-esque track with heavy drums that make you want to put your headphones on, turn the music all the way up and dance around your room. After a handful of ballads and other acoustic songs, the album concludes with “SoCal”, featuring Ryan Scott Graham of State Champs and Speak Low If You Speak Love. The track details the experience of being hooked on someone who has moved on and having to cope with a love lost. Arsenault sings the chorus, “Would if matter if I told you, I’m still hung up on you?/ And would it matter if I told you/ When you’re with somebody new?” before RSG chimes in to conclude the song.