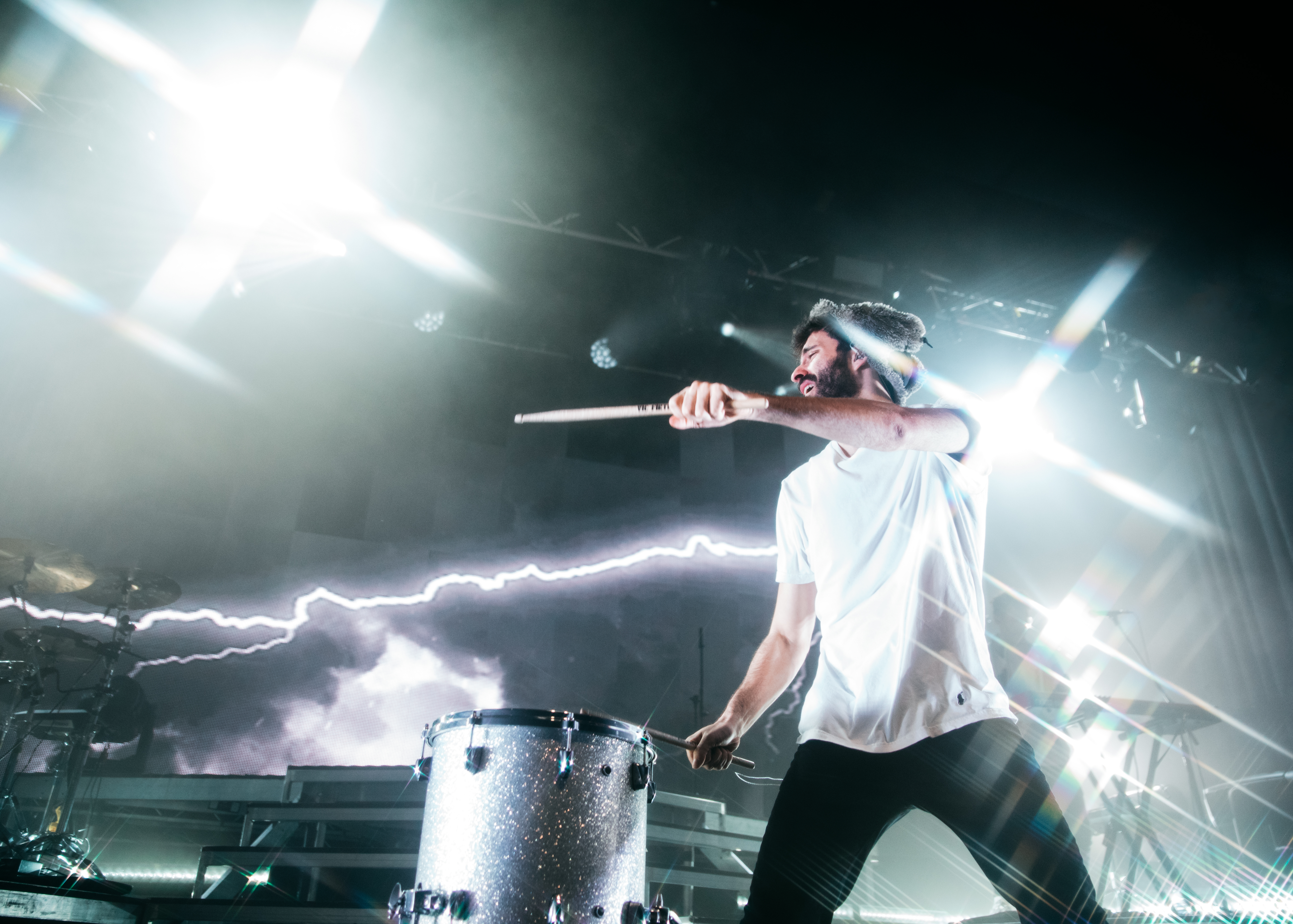 On Saturday night the incredible AJR Brothers brought what can only be described as a true musical experience and showstopping performance to a sold out crowd in Manchester as they played the last show on their Neotheater world tour at the Manchester Academy. It was a show like no other with truly jaw dropping production featuring huge LED screens, choreographed dances and interactions with said LED screens it really showed the dedication the band has towards its music and you just knew every miniature detail of the tour had been planned with the audience’s experience and enjoyment at the forefront of importance.

Support for the night came from the amazing trio Flawes who took to the stage as the venue began to fill up, incredibly the queue was as far as the eye could see out on the Manchester streets so the fans were obviously all desperate to also get a glimpse of these boys performing as well as AJR! The energy from the boys was amazing as they played a range of their slow and fast paced songs, really setting the mood for the night as well as gaining a few new fans I’m sure.  At one point in the set they even managed to light the entire academy up with phones and got the audience to get low to the ground before pouncing up at the peak of a song, they clearly had the fans eating out of the palm of their hands on the night. Flawes return to Manchester on their own headline tour in April.

As the lights cut out and the fans began to scream the LED screens lit up the room as a symphony began to play from ‘Next up forever’, the screen then cut to black with an error message before the visuals stated that the band were the ones typing the error messages from backstage and would be out in 45 minutes, the joke drew laughter from the crowd and was then followed by a message of f*ck it as they erupted onto the stage to kick off the night! The boys showcased all of their musical talents on the night from using trumpets, drums, ukuleles and just putting on a phenomenal performance throughout, fan favourites such as “Weak”, “Sober up” and “Burn the house down”. One standout moment in the night for me that literally blew my mind was when front-runner Jack stop atop of the ramp/platform on stage and took out an umbrella, he then mimicked walking as the screen behind him simulated a typical street scene with the rain falling around him and this really added to the performance and live experience we were being gifted. They then managed to top this later on in the night as the boys left the stage and returned donning all black costumes that lit up to show stick-men characters and danced with the screens for the remainder of a song and it was just an incredible sight to see and made this concert one of the best live performances I’ve seen all year. The show was closed by arguably one of the most successful songs from the bands repertoire, “100 Bad days” and as the show and tour came to a close it was evident the fans and the band for that matter would all being going home remembering this show for a long long time to come.