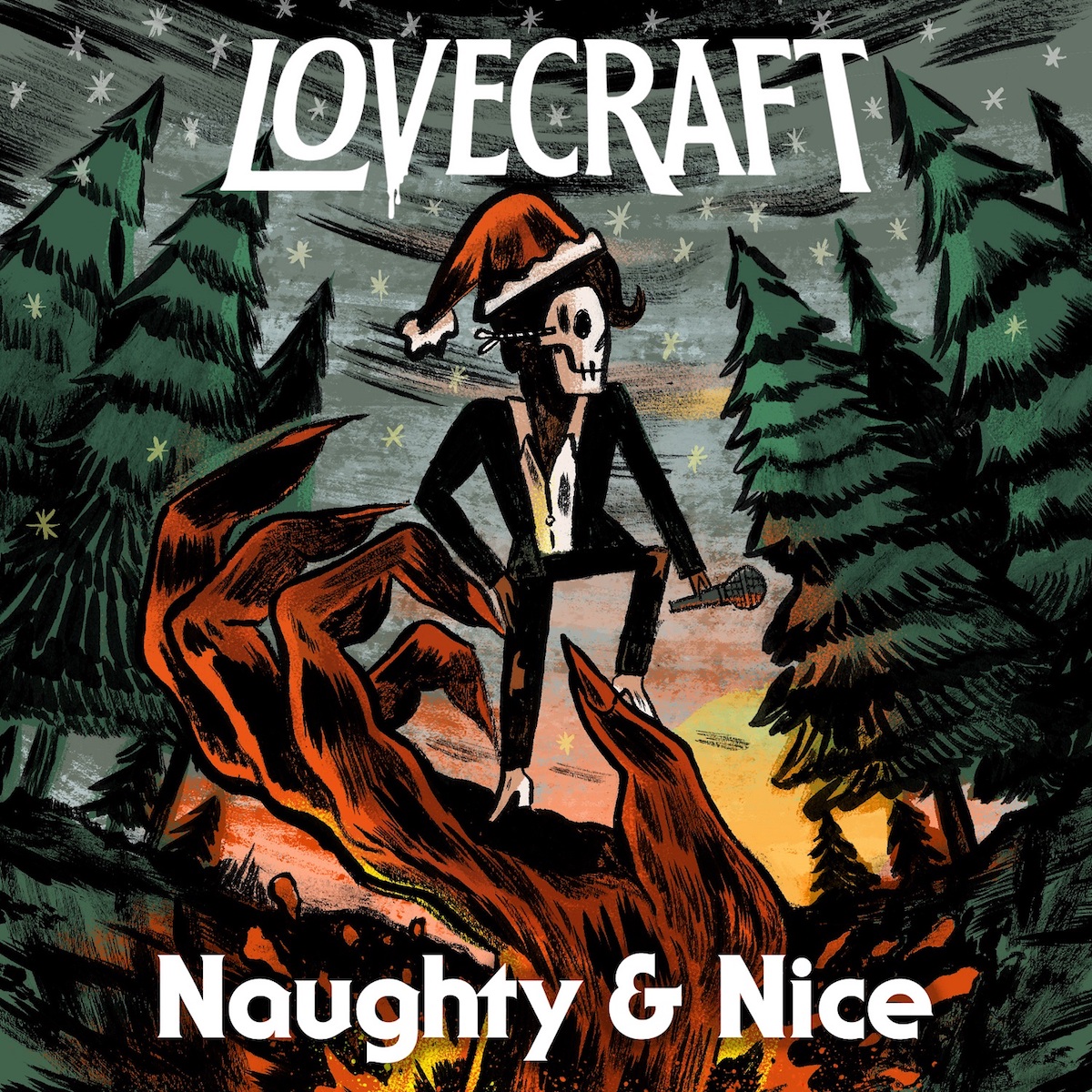 Spooky supergroup LOVECRAFT have released their latest single “Naughty & Nice” to dial up the ho-ho-horror just in time for the holiday season. Made up of the hitmakers behind some of the biggest names in music, LOVECRAFT is here to prove that some fates are worse than coal by invoking the legend of Krampus to ask “have you been naughty?”.  Behind some of the biggest hits of the decade, and all adopting pseudonyms to hide their identities, LOVECRAFT – helmed by Lil Punkin (Evan “Kidd” Bogart), Deepkutz (MNDR), Norman Crates (Peter Wade) – are a coven of seven Halloween-obsessed, hit-making songwriters and producers that have crafted hits for Beyoncé, Rihanna, Britney Spears, Mark Ronson, Amy Winehouse, Madonna, Mariah Carey, Kylie Minogue, Jennifer Lopez, Scissor Sisters, Jason Derulo, Luis Fonsi, Charli XCX, and countless others.

LOVECRAFT recently-released their fearsome, 11-track project This Is Halloween Volume 1 which contains nine original ghoulish tracks including “Skeleton Sam” and “Awooo,” two spine-chilling covers (Kim Wilde’s “Kids In America” and Backstreet Boys’ “As Long As You Love Me”), and has already been tapped for use in the upcoming season of the Chilling Adventures of Sabrina.  The LOVECRAFT line up is also comprised of Scary Ana Grande, Ghost M’lone, Count Trackula, Robyn Gothicke, and DejaVudu.  You can follow LOVECRAFT and stay up-to-date with all upcoming music and band news via the following links: