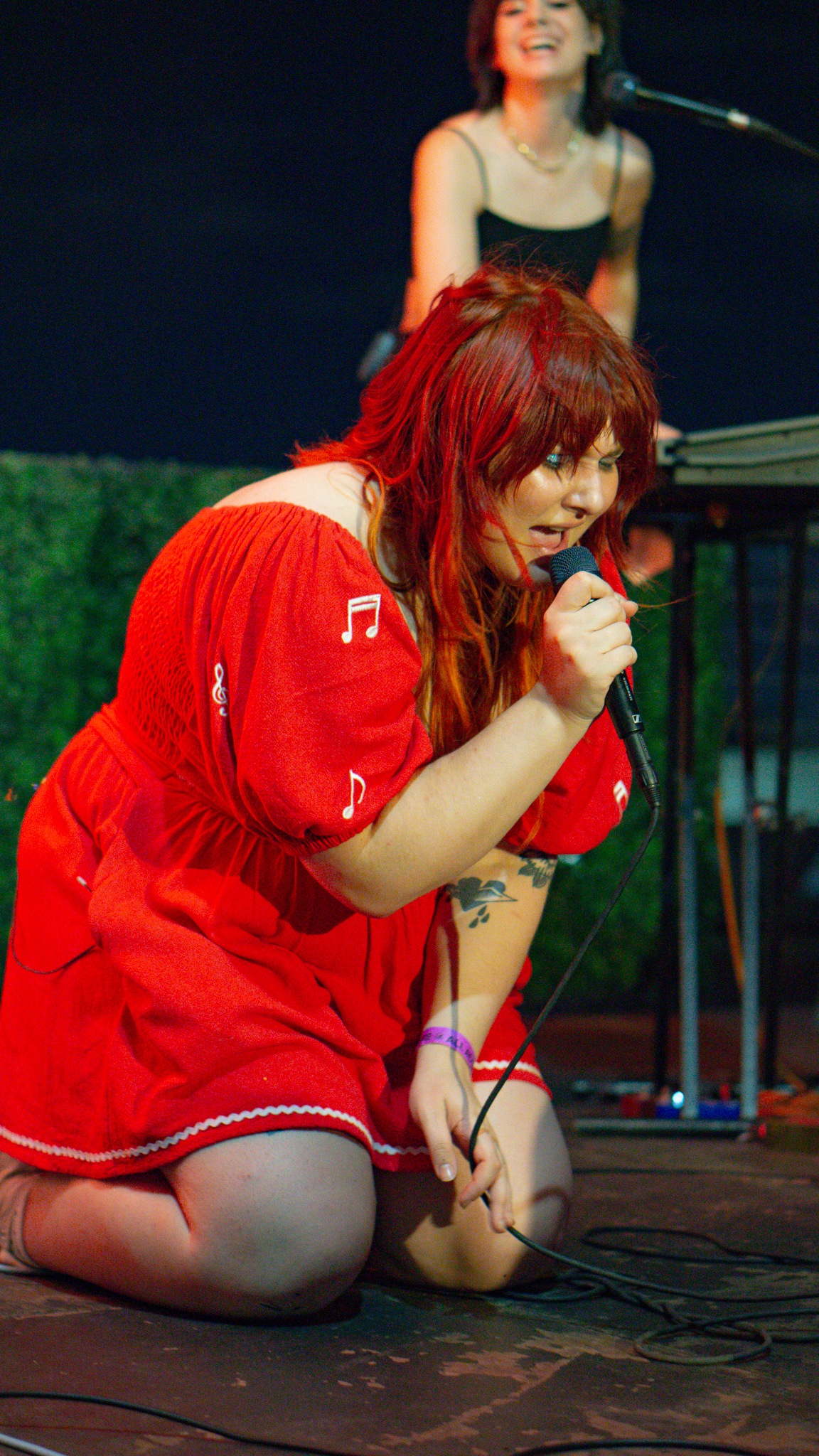 Kississippi with Insignificant Other

Following the release of her sophomore album, Mood Ring, Philadelphia based emo-pop solo artist, Kississippi (Zoe Reynolds) is playing her first ever headlining tour with Alabama power pop band, Insignificant Other. On their August 19th tour date, they played The Rooftop at Elsewhere NYC. Elsewhere Rooftop is a smaller sized venue, so fans had the opportunity to be right up front. The weather was beautiful and made it a perfect show for those who were attending.

As the sun began to set across the city and a small breeze picked up, Insignificant Other took to the stage. Beginning their 8-song set with “heathers” off of their 2019 album “i’m so glad I feel this way about you”, lead vocalist Sim Morales’s astounding stage presence got the whole crowd going. The interactions between Sim and touring guitarist Jesse, as well as with the crowd were amazing. As they were singing and jumping around, the fans danced and screamed the lyrics back. They concluded their set with “I’m so glad I feel this way about you – reprise”. The whole crowd shouted the words as loud as they could, and a pit even opened up. Jon, the sound engineer and Hayden Rodriguez of For Your Health (an Ohio-based punk band) who was doing merch for the tour both got up on stage and sang along, too.

Excitement filled as equipment got switched out. Soon after, Kississippi got on stage and began her performance. Right as she began her 12-song set, the crowd chanted “Kississippi”. Zoe went right into Moonover, and the amazing energy and vibes were contagious. She didn’t just play songs off her new album. Later in the set, Kississippi picked up her guitar and told everyone it was time for an old one: Red Lights. Everyone went crazy about it. A few other older songs were played as well. The last song on the setlist was Around Your Room – or so everybody thought. Last minute, a thirteenth song was added. On stage they huddled together and suddenly Jesse, the touring guitarist for Insignificant Other jumped up on stage to play along for an impromptu cover of Black Sheep by Metric.

After the show, most people hung out, talked, and danced for a while. Overall, it was an awesome night with an amazing crowd of people. Insignificant Other and Kississippi both did a wonderful job, and it was truly an incredible concert.

I’m so glad i feel this way about you – reprise

We’re So In Tune