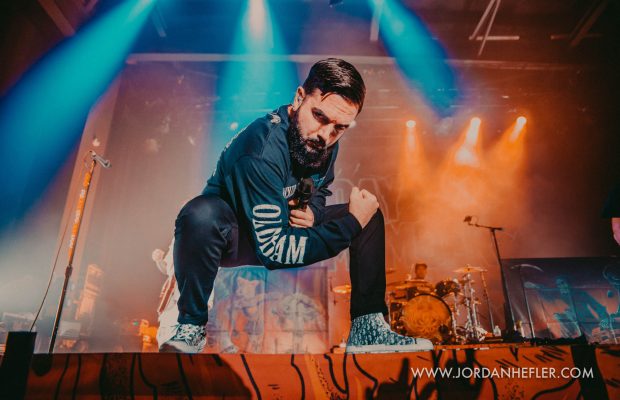 A Day to Remember

“Raisin Hell in the Heartland Tour”

On a sweaty June night in downtown New Orleans, hardcore outfit A Day to Remember packed out The Fillmore at yet another sold out show on their “Raisin’ Hell in the Heartland” tour. With supporting acts Knocked Loose and Boston Manor, the tour has continuously sold out multiple venues across North America, and the New Orleans show did not disappoint.

The Fillmore is a fairly new venue in New Orleans, and it’s not a small place to fill out: The crowd was thick with rowdy fans as openers Boston Manor took the stage to kick off the night. The British band were a perfect opening act for such a rowdy lineup, and had no issue getting everyone moving. Coming off a fresh album release of “Welcome to the Neighbourhood” in 2018 and a brand new single “Liquid” released just a few weeks ago, the band exuded raw energy on stage, and the fans were obviously excited about the pop punk set.

Next up was the much heavier act Knocked Loose, who easily scared the crowd straight. The band from Kentucky always puts on a brutal and dynamic show, and this sold out crowd was in for a true hardcore ride. The band played some songs in support of their upcoming record “A Different Shade of Blue” which will be released in August, and also played some oldies from their successful album “Laugh Tracks.” On stage this band is a force to be reckoned with, and when they asked the crowd “who had never seen them before” the majority of  hands went up, just reinforcing the sheer success they’ve had as such a fresh asset to the scene.

Finishing off the night was the headliner everyone had been waiting for, hardcore/pop punk legends A Day to Remember. This band has been around for over a decade and is arguably one of the more iconic staples and pioneers of mixing hardcore with pop. It had been three years since their last musical release with the album “Bad Vibrations,” but ironically the day before this show they had released their latest collaboration with Marshmello, “Rescue Me.” Although the new single wasn’t performed live, the venue piped it in while the band was setting up and it was exciting to hear half of the crowd already singing along to the words. A Day to Remember has obviously spent time over the years honing their craft of performing live: Each band member was animated and engaged with the crowd during the entire set. The band played everything from 2008 gem “The Plot to Bomb the Panhandle” to 2016’s “Paranoia” which was sure to appease diehard fans from any era. The consistency across the A Day to Remember discography was apparent during this show, which really added credibility to their successful longevity in the alternative music genre.

This tour is as dynamic and energetic thanks to the lineup of unique bands- since most of the shows are selling out, catch a date near you if you can!