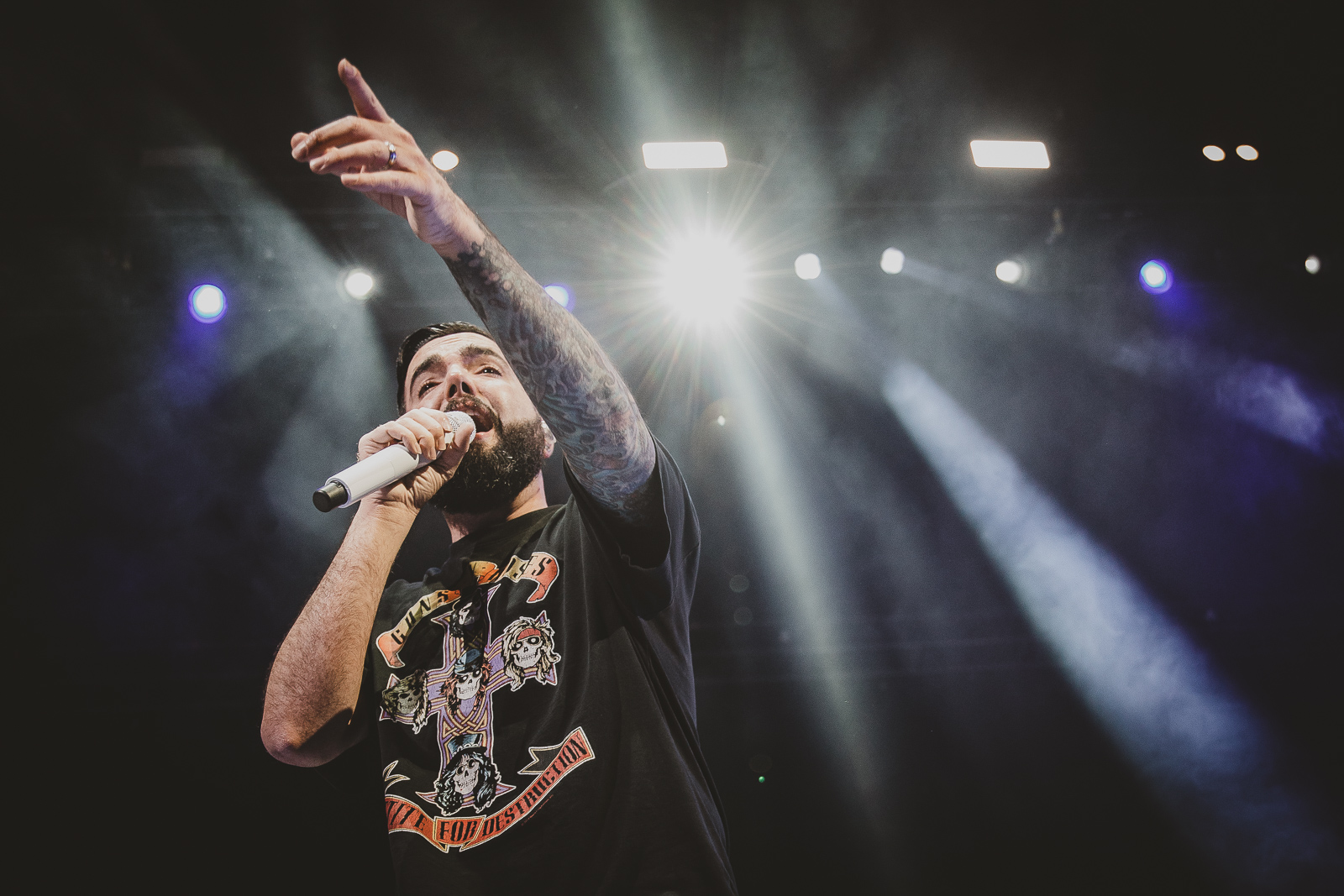 A Day To Remember with I Prevail and Beartooth
Wolstein Center
Cleveland, OH
November 15th, 2019

On November 15th A Day To Remember brought their Degenerates Tour to the Wolstein Center in Cleveland with fellow bands I Prevail and Beartooth.

First up were Ohio natives Beartooth and the crowd loved seeing their energy on stage. I saw multiple fans in the front row with Beartooth merch and they sang along to every song. Their third album Disease was released last year and they played 3 songs off the album. I really enjoyed their set and I am looking forward to seeing them again soon.

The crowd was warmed up now for I Prevail, who were up next.  Most songs in their set were from their latest release Trauma, which was released earlier in the year. They were definitely fun to watch and you could tell how much each of the bandmembers enjoys being up on stage.

Then it was finally time for the headliner of the evening, A Day To Remember. They played a great variety from most of their albums and fans were treated to a t-shirt cannon, pyro, confetti and streamers. Of course, there were multiple mosh pits and I saw someone crowd surfing to the front of the stage using another person as a surfboard. Insane!

They played all their biggest hits fans expected them to play and I can honestly say that despite not knowing many of their songs, I never got bored during their set. It was highly entertaining and they absolutely gained a new fan. I can’t wait until they come back to Ohio. Make sure to follow the band on their socials to stay up to date on where they are touring. When they come near you, make sure to catch them.

The Downfall of Us All
All I Want
Mr. Highway’s Thinking About the End
Paranoia
Sticks & Bricks
Better Off This Way
My Own Worst Enemy (Lit cover)
Right Back at It Again
Rescue Me
Have Faith in Me
Degenerates
Bullfight
Sometimes You’re The Hammer, Sometimes You’re the Nail
End of Me
2nd Sucks
I’m Made of Wax, Larry, What Are You Made Of?

Encore:
If It Means a Lot to You
All Signs Point to Lauderdale
The Plot to Bomb the Panhandle

A Day To Remember Gallery