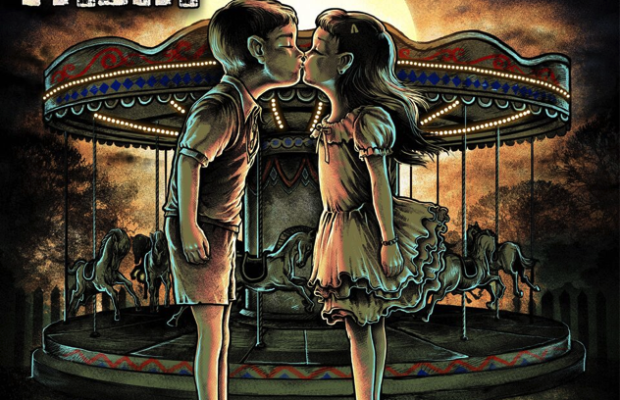 For fans of 90s alternative rock, Talia might just be the band for you. With the release of their third album, Thugs They Look Like Angels, this French trio dig deep to create songs with heavy guitar riffs, breathy yet gruff vocals, and melodies reminiscent of alt rock greats who came before them. Having toured with such bands as Soul Asylum, Catfish and the Bottlemen, and Reverend Horton Heat, Talia seem ready to take the spotlight on their own with this new album.

The starting track, “American Bride”, while boasting a strong sound, falters with slightly cliche lyrics. Vocalist/guitarist Nicolas Costa has a strong presence in the song, but his words don’t always hold water. “I can split the world in two, but I don’t want to take sides” he sings at the beginning of the song, paving the way for the apocalyptic vibe of the album. The chorus repeats too frequently, using the words “American Bride” too much. The song comes off as less substantial than it is due to this repetition. That being said, the melody feels fresh and exciting, giving listeners a glimpse into what the rest of the album will sound like.

Thugs They Look Like Angels is by no means a perfect album, but the band’s enthusiasm comes through in every track. On “Self Induced Fever”, it’s easy to picture the trio jamming out together as they recorded the track in Paris. The theme of the album is rather simplistic, meaning the songs can sometimes sound similar and blend together. However, Talia doesn’t sound like they’re setting out to create a new genre of music, so this simplicity works for them. The French band have clearly been influenced by American rock, and their music is a solid homage to the genre.

Set to open for Nashville Pussy in France, Talia will no doubt become more well known throughout 2017, and it’s safe to say their sound will be welcomed by many. Thugs They Look Like Angels is a solid album, but it lacks surprise. As they evolve, it would be nice to hear some more bold and risky songs; taking risks is a staple of rock n roll, and Talia shouldn’t be afraid to try new things.