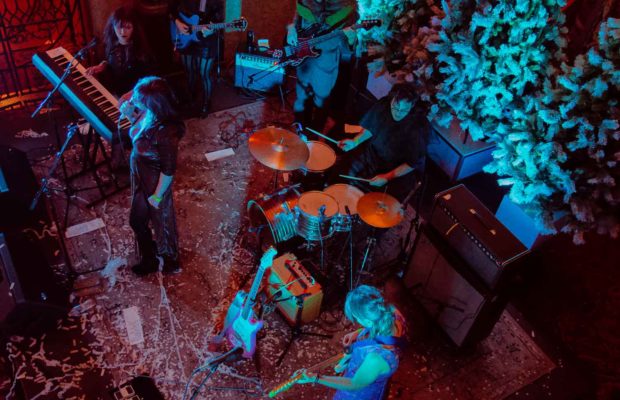 Yule Ball: A Magical Evening At The Louisville Palace

On the evening of December 21st, Hogwarts came to Louisville, KY!  An event that celebrated Harry Potter and the infamous Yule Ball, The Louisville Palace hosted their own sold out Harry Potter event that attracted hundreds of “Potterheads”, many of whom arrived in costume in hopes of winning the costume contest.  With many of the attendees donning wands and dress robes and with costumes ranging from Rita Skeeter, Professor Trelawney and Albus Dumbledore, the theatre was transformed into a magical wonderland.  The stage and seating area of the theatre was closed off this evening, with all of the event taking place in the front hall, balcony area and several of the rooms upstairs, making for a cozy and intimate environment.  The evening contained Yule Ball Waltz Dance Lessons in the main hall, a rock performance from Louisville band The Delighters, who performed renditions of many of the movie’s musical hits, butter beer, readings from Professor Trelawney and a magic performance by the magician David Gerrard.  Attendees could also take a stroll down Diagon Alley and see live Owls from Louisville’s Raptor Rehabilitation, as well as snakes and toads, could get their Azkaban mugshot and even take part in a Horcrux Hunt!  Attendees were also able to take part in the Dumbledore’s Army VIP experience and have dinner in the Room Of Requirement.  At the end of the evening, the winner of the costume contest was announced, with the top prize going to Rita Skeeter!  It was a truly wonderful and magical evening that celebrated all things Harry Potter!