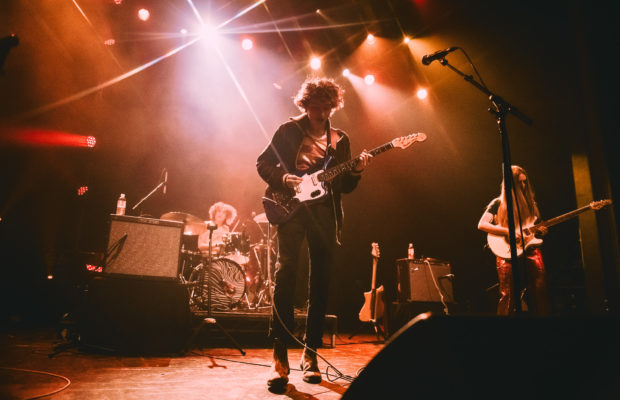 Calpurnia are Vancouver’s sweethearts, and they finally played a show in the city, selling out two incredible nights at the Vogue Theatre the week before Christmas. The teenaged band brought a just-as-young crowd to the venue, filling the room with a passion and excitement that is not often seen at shows in Vancouver. Their presence on stage was uncharacteristically energetic and confident for a band this young and this new, but it was a pleasure to be able to be an audience to, as they put on a show that is not one to be missed. This band is going to go places.

Comprised of Finn Wolfhard (vocals/guitar), Ayla Tesler-Mabe (vocals/guitar), Jack Anderson (bass), Malcolm Craig (drums), the band has been making waves across the US with their dreamy indie-rock sound. Over the past few months, they have been touring around the US, UK, and Europe to great receptions in every city, despite having yet to release a full-length album, which is eagerly awaited.