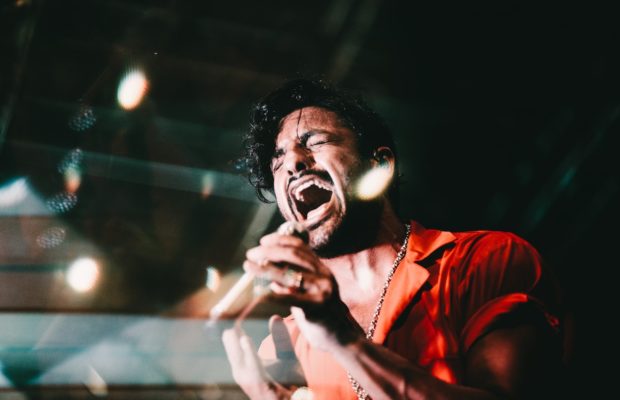 Although summer is over for most, it took a brief walk through Central Park’s confusing twists and turns to find the venue in which Young the Giant would be making the most out of the season’s last remaining moments. Despite inhabitants of the city experiencing intermittent bursts of rain throughout the afternoon, a long line of fans stood armed with rain jackets and soggy sneakers well before doors opened. This isn’t the first time Young the Giant graced New York City with their presence, in fact the group performed at Radio City Music Hall no more than a year ago; nevertheless, the energy and excitement permeating from the crowd indicated the band’s return was a long time coming.

After a brief but exhilarating 30-minute set from Joywave, and nostalgic tune after tune from Cold War Kids, it was time for Young the Giant. By this time, night had fallen on the park and the surrounding buildings and skyscrapers lit up the sky, giving concert goers the illusion of being at the center of the universe. Young the Giant walked out onstage to a medley of America themed songs including Bruce Springsteen’s “Born in the USA” and Miley Cyrus’ “Party in the USA”. From there they proceeded to, rather appropriately, perform “Amerika”, a single of their most recent record Home of the Strange.

In between crowd favorites like “Cough Syrup” and “Apartment”, and after a brief moment of silence as each member of the band made their way up to the front of the stage, they performed acoustic versions of their tunes “Strings” and “Firelight”.

After an encore ending with “My Body”, Young the Giant left the stage for the last time that night. As the crowd left behind boxed water and other aesthetically please trash, they made their way to the merchandise tent to purchase relicts from a fantastic evening.