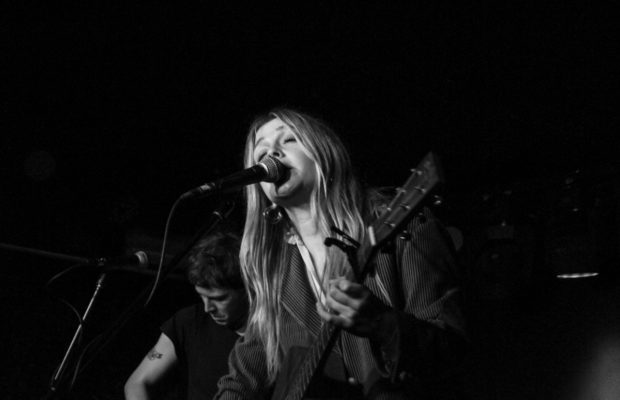 On Tuesday night, Chase Cohl— a Canadian-born singer/songwriter took to the stage at Mercury Lounge opening for Cameron Avery to an intimate crowd. Cohl was accompanied by Marlon Rabenreither on guitar. She sang her latest track entitled “The Way it Goes” which will be on her debut album coming soon.

Avery took the stage to an enthusiastic crowd of fans and friends on his last date of his current US tour. He began the night with songs played on keys, and continued the night between keys and on guitar— constantly conversating and interacting with those in the crowd, asking them what songs they wanted him to play—and play them he did with crowd participation and a smile on his face. Avery sang songs off of his latest album Ripe Dreams, Pipe Dreams out now on Anti-Records. Some songs Avery sung included “A Time And Place,” “Disposable,” “Dance With Me,” and “Watch Me Take It Away.” “C’est Toi” had the crowd singing along, especially during the chorus and a special version on “Whoever Said Gambling’s For Suckers” had them waiting on baited breathe for the next part.

Be sure to check out Avery if he tours near you. I’ve had the opporxtunity to now see him two times and each time he has delivered— you will not be disappointed.

Words and Photos by Stefanie Dabaghian