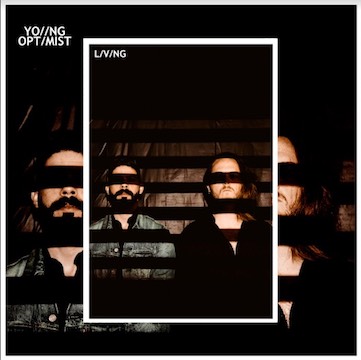 When Andy Brooks (former Vocalist for Transmit Now) asked Shohn (former Guitarist and Vocalist for Repel The Robot) to produce a few demos for him in the Winter of 2016, neither of them had any idea it would create what is now YOUNG OPTIMIST. Songs that started as simple ideas thrown together hastily in Garage Band by Brooks, became an eclectic mix of Rock, Alternative, and Pop interwoven between Shohn’s sense of harmony and electronic production. No overthinking, plotting or pandering; the sessions that became YOUNG OPTIMIST were made solely by doing what felt right in the moment.  Today sees the premiere of their latest single “Living”.  “L I V I N G is about those moments where we all lament over things that are small in the grand scheme. It’s about choosing a direction for yourself, good, bad or otherwise and embracing the fact that you are ALIVE”, says the band.  You can follow Young Optimist and stay up-to-date on all upcoming music, news and tour dates via the following links: