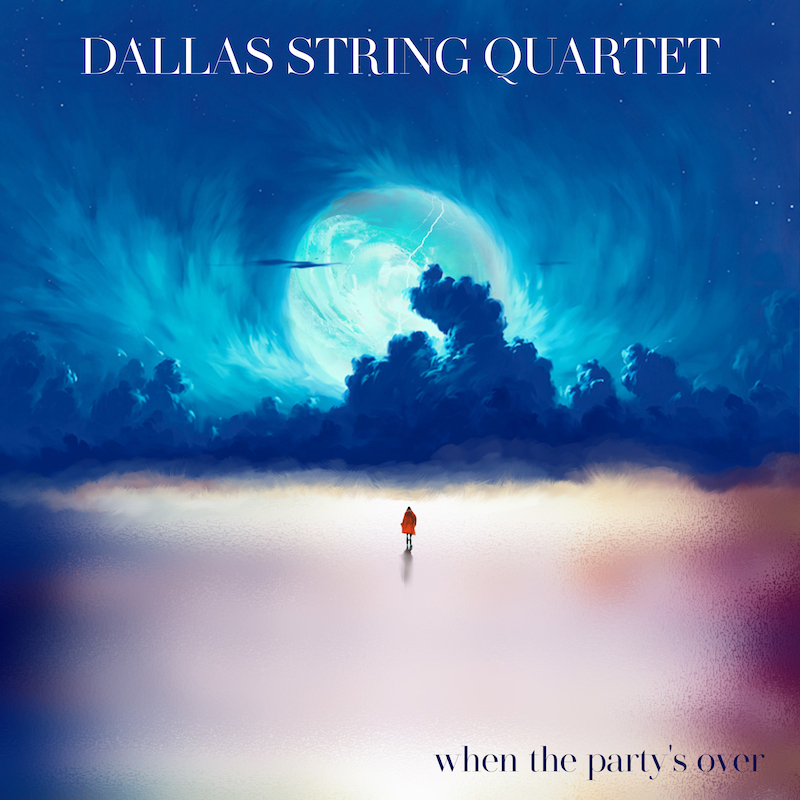 Today, international music sensation Dallas String Quartet (affectionately known as DSQ by fans) released their instrumental rendition of the Billie Eilish single, “When The Party’s Over” featuring guest cellist, Marza Wilks. Known for their sensational arrangements of pop classics like Lady Gaga’s “Rain On Me,” and Dua Lipa’s “Love Again,” DSQ gives their fans an intimate feel with this warm and edgy cello-infused composition. A romantic and sophisticated arrangement, “When The Party’s Over” has a hypnotic elegance that is sure to entrance any audience. “When the Party’s Over” was arranged by Ben Bram, co-creator and arranger for the world-famous acapella group, Pentatonix.

An international music sensation, Dallas String Quartet (aka DSQ) was founded in 2007 by violist Ion Zanca. A fusion of contemporary classical and pop music, DSQ is referred to as “Bach meets Bon Jovi” and is compared to artists like Lindsey Stirling, Vitamin String Quartet and 2Cellos. They use both traditional and electric strings performing as a quartet with the full accompaniment of drums and guitar and are known for their eclectic renditions of everything from Guns N’ Roses “Sweet Child of Mine” to Shawn Mendes and Camila Cabello’s “Señorita.” DSQ has performed for Presidents Obama and Bush, the College Football Playoffs, NBA, NFL organizations, and most recently performed at the wedding of Gwen Stefani and Blake Shelton, gaining the attention of USA Today, People Magazine, E! News, TMZ, Entertainment Tonight and more. They’ve sold out concert venues like the House of Blues and symphony halls and have played alongside Josh Groban, Chicago, and the Trans-Siberian Orchestra. You’ll find the group featured by ESPN, A&E, The Wall Street Journal, Celeb Secrets, Good Morning Texas, BuzzFeed and prominent Spotify playlists such as Latin-Jazz, Pop Goes Classical and Sinfonía Hipster.  You can connect with Dallas String Quartet via the following links: