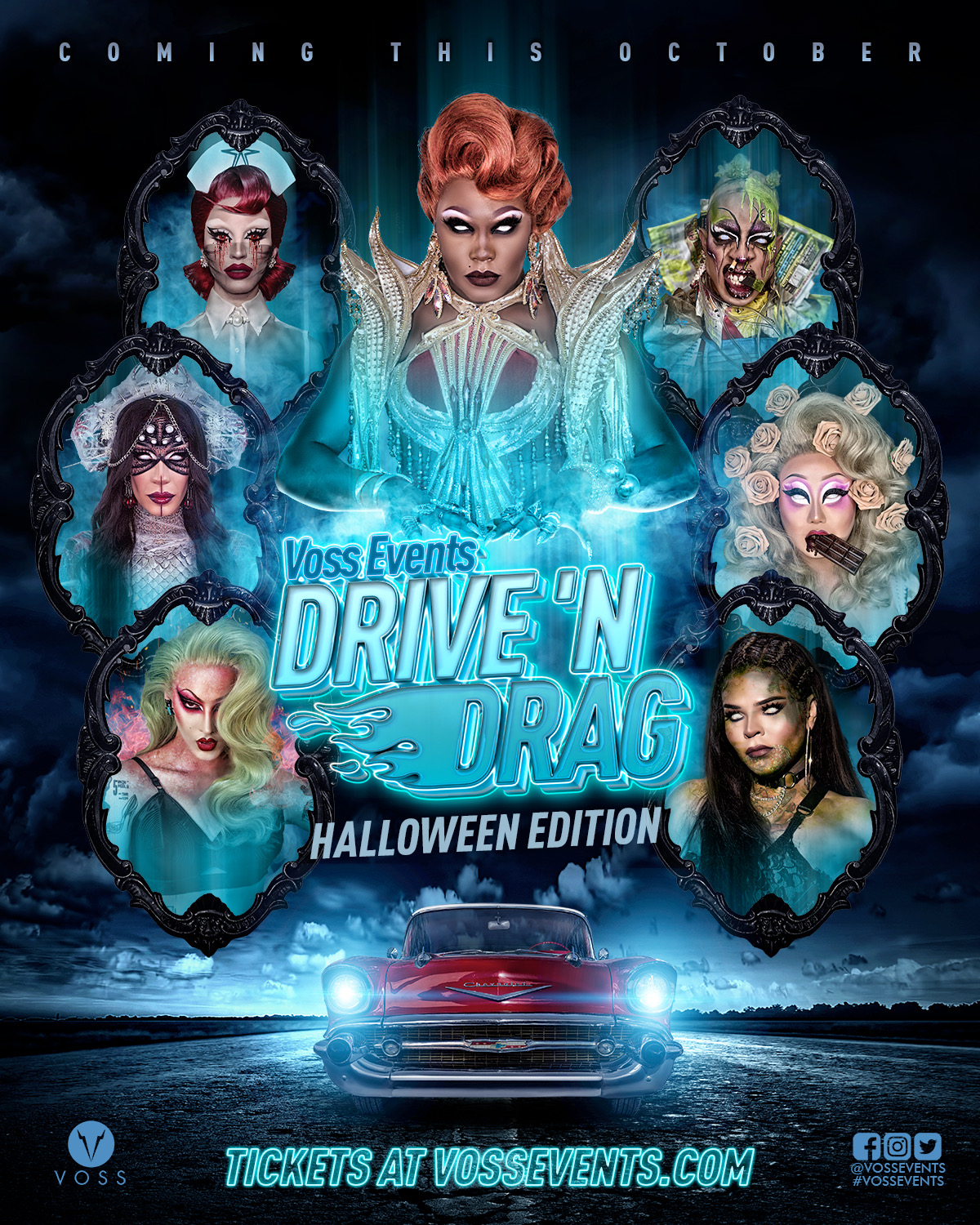 Commencing earlier this year, RuPaul’s Drag Race, in partnership with Voss Events, announced the Drive N’ Drag summer drag show tour. The sold out tour rumbled through cities across North America, serving looks and death drops for the gods! The unique drive in drag show experience doesn’t end with the conclusion of the summer tour, however.

This weekend, Voss Events’ Drive N’ Drag: Halloween Edition will be kicking off at the Neshaminy Mall in Bensalem, PA and will be performing multiple shows between 4PM and 11PM each weekend. The tour will be hitting some of American’s top cities, including Boston, San Francisco, Denver, and wrapping up in Long Island on Halloween weekend. It is truly set to be a spooktacular event!

Asia O’Hara opens the show with a séance to summon the souls of RuPaul’s Drag Race favorites Yvie Oddly, Aquaria, Kameron Michaels, Kim Chi, Vanessa Vanjie and Violet Chachki who have all have died from obscure causes: food poisoning, burned at the stake, spider bite, etc. Each queen will share their tale in a unique, bone chillingly fabulous immersive experience.

Drive N’ Drag: Halloween Edition will offer attendees an elevated fully immersive experience than seen in the summer tour. “The show has been adapted to be even more interactive than the summer production, bringing performances and haunts into the parking lot for an immersive experience we are dubbing a Haunted Parking Lot for a good scare.” Exclaims the show’s producer, Brandon Voss.

Attendees will have the ability to enjoy the performance from the safety of inside of on top of their cars. However, jumbo screens and sound pumped outside from the stage and through every car via FM transmitters will allow for a comfortable experience for all! Tickets are currently available here, at $69 per car for two people. There are also 100 VIP tickets, closest to the stage, available for $139 per spot. Voss Events is also offering $25 additional passenger tickets for all of your friends who will be partying in the backseat.

So [ladies, humans] and gentlemen, start your engines and make sure you are tucked and padded with your face beat and your creases cut: we’re headed to Drive N’ Drag: Halloween Edition!