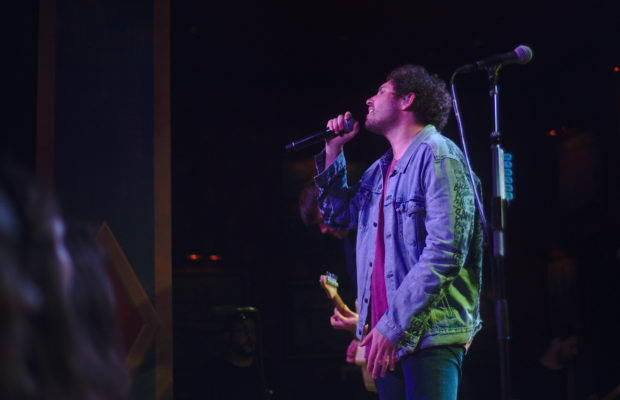 The first time I saw You Me at Six I was around 17 and they were opening up on Alternative Press’ Fall Ball tour. I was there to see The Academy Is… and I vaguely knew about the U.K pop-punk band that I would grow to love. Since then I tried my best to make it to every You Me At Six show, including waiting from A.M to P.M for them to close out Houston, Texas Warped Tour. As I a grew older getting out to shows and having the free time to write has become difficult. I’m more selective about the bands I see, if I have the money to attend and when I’m not working factor into this. Although I had to get someone to switch shifts with me at my day job and arrange my day around making it over The Houston House of Blues before doors open it was completely worth it to see You Me At Six again for the first time in about five years.
The “Back Again” North America tour stopped by in Houston, Texas on March 13th. One of the few days left on the tour You Me at Six were joined by Dreamers (other supporting band Machineheart did not perform). Dreamers who I got to see last fall opened the show in the small, but cozy Bronze Peacock Room of the Houston House of Blues. The trio of perfect haired sharp dressed boys has become one of my new favorite performers. I haven’t fallen in love with a band like them in while, they brought their full energy to this tour just as much as they did when headlining last years. They’re planning on releasing a full-length album next month which I am very excited to check out. Before they hopped off stage that made sure to think You Me at Six, lead vocalist Nick World calling the band “Fucking Legends” and I couldn’t disagree.
I wasn’t sure what to expect from You Me at Six’s set. It’s been years since I’ve seen the English boys and it’s been some time since they’ve toured the states. I wasn’t super up on their latest album VI and I knew it was highly unlikely that any old songs would be gracing the setlist. The band was over playing the songs from their debut and sophomore albums by the time Sinners Never Sleep came out. So I was coming in completely new as if I had never even heard of the band before. It was a thrilling experience. This was probably one of the most interactive and engaging shows I’ve been to in a while. The newer music is a lot of upbeat and danceable than the previous albums. One of the most touching and beautiful moments of the show was during “Take on The World”. With the lights completely off lead singer, Josh Franceschi asked the crowd to light the room with their cellphones. With the cellphones lighting up the band it was magical to witness as everyone sings along. An encore was earned by the shouting crowd. The show closed out with one of my favorite songs “Underdog”. One of my favorite things, when I was younger, was Josh counting the crowd down to everyone shouting “UNDERDOG” at the top of their lungs then him dancing around. I’m so happy to have another one of those moments in my memory. Although a lot in my life has changed, there are still some things that make me happy and seeing You Me at Six is one of them.