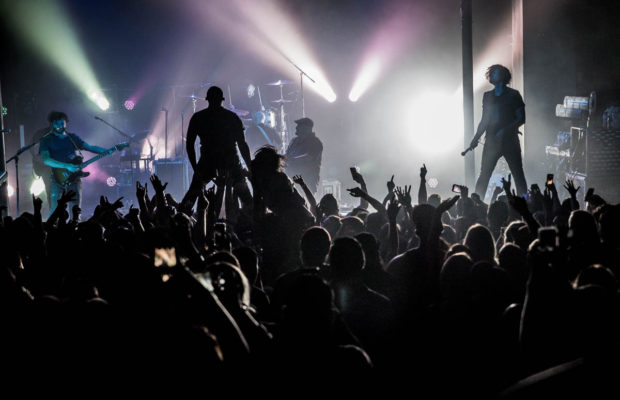 You Blew It!, that would be the band, opened Friday night at The Observatory in Santa Ana for none other than Taking Back Sunday.  The Orlando based openers are out supporting their new album Abendrot coming out on 11-11. Speaking of new albums, Taking Back Sunday played their entire new, seventh album Tidal Wave, and then wrapped up the show with a few favorites like “Flicker Fade” and “Make Damn Sure”.  I frequent the venue in Santa Ana and I must say the crowd for TBS was insane. Packed to the rafters, audience energy was high from the first song to the last. Departing from their emo based roots on Tidal Wave, singer Adam Lazzara still brings the passion and voice even as they grow and change… just as we, the fans, have grown and changed.

Photography and Review by Jessica Jones