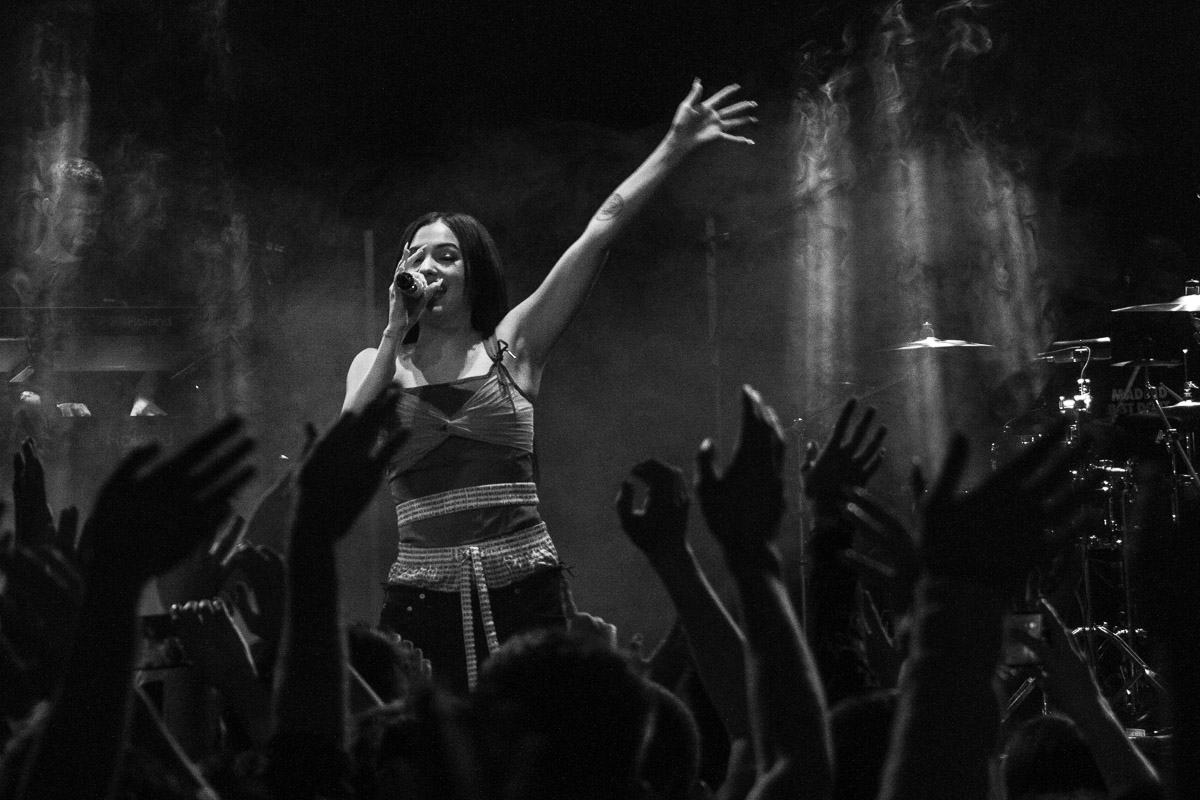 As part of her High Expectations Tour, Mabel stopped by Madrid’s Joy Eslava this past Friday 21st. People had been queueing since early in the morning and where ready to finally see her live.

The South London born singer-songwriter and producer Kali Claire was in charge of opening the show. After hearing the crowd chanting her name, she came onstage and performed some songs of her EP Symptoms of a Teen like Talk it Out, Good Love and Fix my Lonely. She also covered Alicia Keys’ You Don’t Know my Name as well as Ariana Grande’s One Last Time. Her excitement and happiness of it being the first time she played in Madrid were instantly passed along to the crowd which sang and danced to the whole set.

At 21:00, Mabel finally came onstage starting with Mad Love and Bad Behaviour. Joined by her band and her amazing dancers, she went on to perform what she called the ‘vibe check’, Finders Keepers. She instantly realised that the Spanish fans were ready to have fun and dance. After that, we heard We Don’t Say and Selfish Love, followed by a mash up of Come Over, Destiny’s Child Say My Name and Thinking of you. She also performed One Shot, Put Your Name On It, OK and Fine Line. When performing God Is a Dancer, everyone sang the ‘Oh-whoa, oh-whoa’ and followed Mabel’s choreography during the chorus.

The show ended with two of her most popular songs, Ring Ring and Don’t Call Me Up. The second one being an extended version that included a dance break that made everyone scream and dance even more.