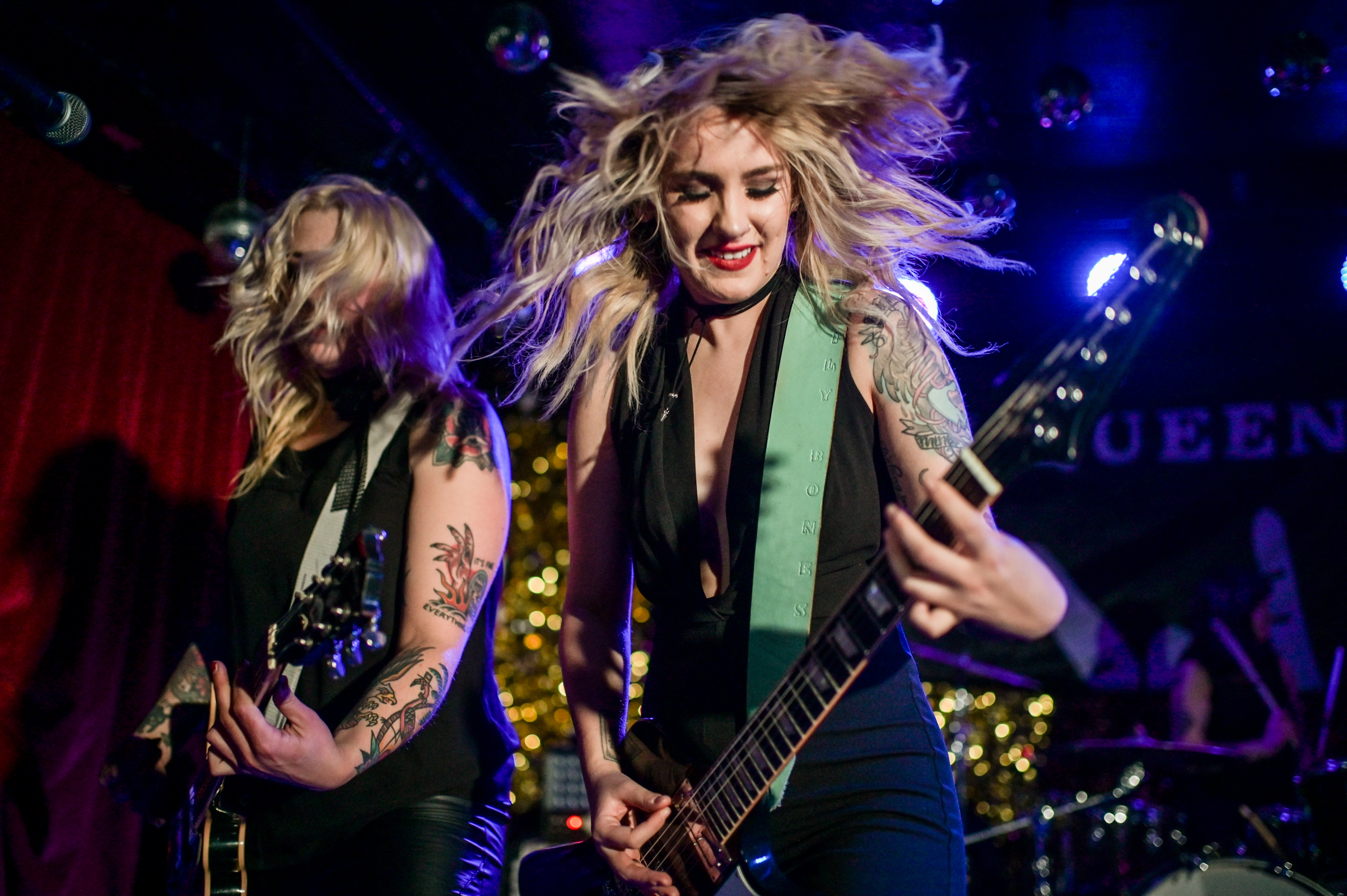 The Anti-Queens are well on their way to taking over the music scene. On Saturday, February 22, the rock & roll quartet brought their hard-hitting raw performance to a sold-out crowd of die-hard fans at Toronto’s Legendary Horseshoe Tavern. The lights dimmed and the crowd began to whistle and holler as the women took the stage and gathered for one last time around Dallas Conte’s drum kit for a band huddle before kicking off their set. This was Conte’s last performance with the group as she goes on to pursue her a career as a Tattoo artist. You could tell it was an emotional night for this band of best friends but that didn’t stop them from bringing their take-no-prisoners attitude and a killer set. Catch The Anti-Queens at one of their Southern Ontario shows; dates and details below.