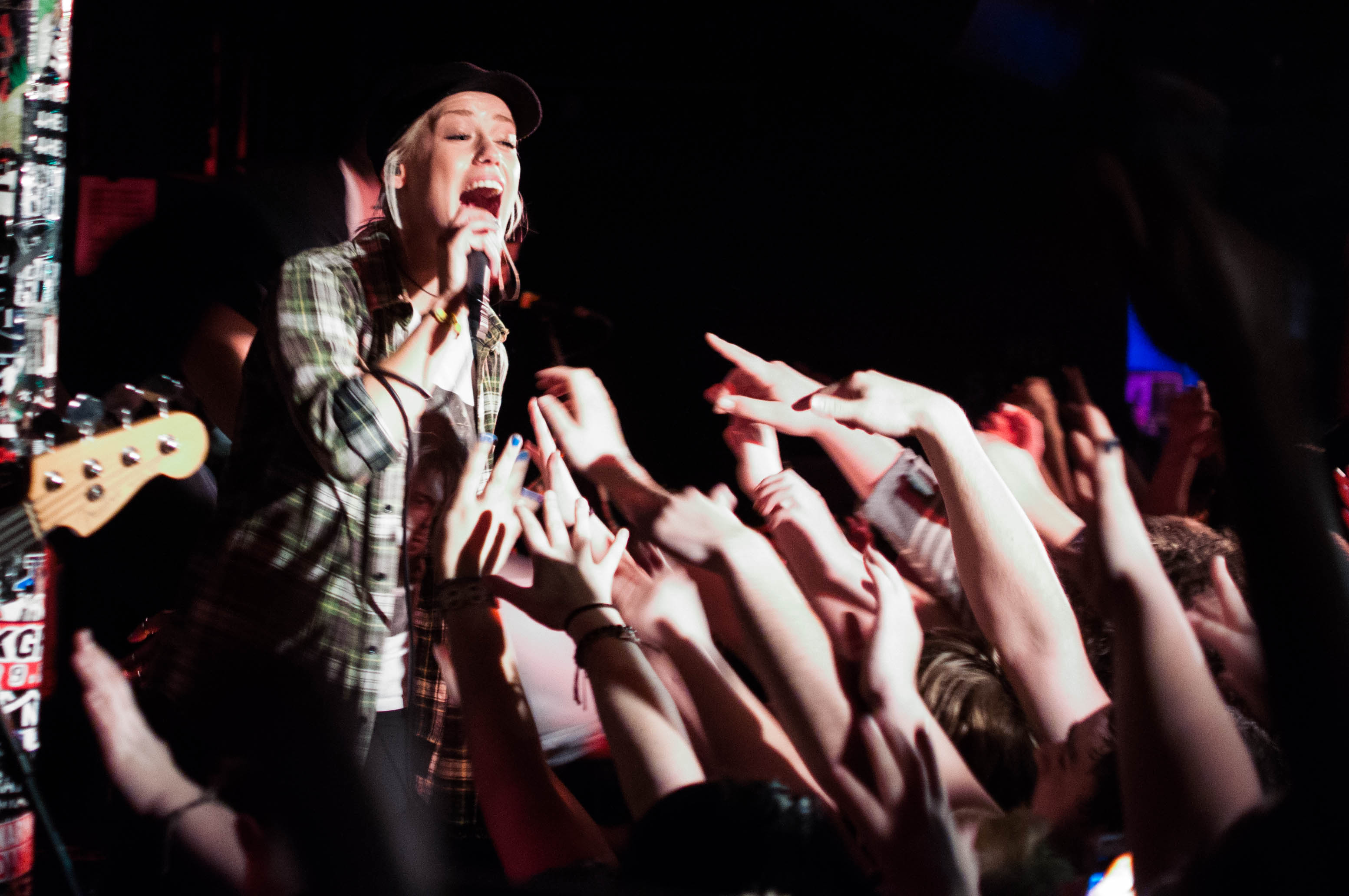 For a Wednesday night in the Pacific Northwest, the energy exerted from the crowd of The Suppy Nation Tour was easily the equivalent to any Warped Tour pit you would find in the dead of summer. With a perfect tour lineup that left Man Overboard and The Story So Far headlining, Seattle was bleeding pop-punk by the end of the chilly night.

With a hefty lineup of six bands, the crowd was breaking a sweat when Australian natives Tonight Alive took the stage halfway through the show. Clad in a flannel and shirt with Kurt Cobain printed on the front, frontwoman Jenna McDougall commanded the crowd with songs from their latest release, What Are You So Scared Of?, and with their newest track, Breakdown, off of their new album that is due out later this year. The sold out crowd particularly took a liking to the band’s cover of “Little Lion Man” that was part of a past Punk Goes Pop compilation, showing off a rare and quite odd sight of crowd full of pop-punk kids moshing to a Mumford and Sons song.

Opening up their set with “Something’s Weird,” Man Overboard brought one of their best performances, playing songs from their latest self titled album as well as their previous releases. The Seattle venue was up to its ears in crowd surfers, with one knocking over Nick Bruzzese’s microphone stand and hitting him square in the face halfway through the set. The same kind of crowd intensity was showcased when California natives The Story So Far hit the stage. Starting off with “Roam”, a song off their album, Under Soil and Dirt, the track was easily a crowd favorite and the perfect opener for their set. With frontman, Parker Cannon, sharing the microphone with the crowd and bassist Kelen Capener greeting every crowd surfer who touched the stage with strange faces while never missing a beat, it was easily seen that the fans that have been with TSSF since the beginning were all in the crowd that night.

As a spectator who doesn’t listen to many bands in the pop-punk genre, it doesn’t take the bands much to get you involved in their set. With each song performed by all the bands as energetic and catchy as the one before, The Suppy Nation Tour is perfect for not only listeners of the genre, but for people who are just looking for an entertaining show.

As one of the perfect pop-punk line up tours traveling around North America this spring, stop by The Suppy Nation Tour if you can. Tonight Alive, Citizen, Man Overboard and The Story So Far will all be embarking on the Vans Warped Tour so if you can’t make it out to the tour now, keep that Defend Pop Punk crewneck handy for this summer and gear up for four performance you are not going to want to miss.