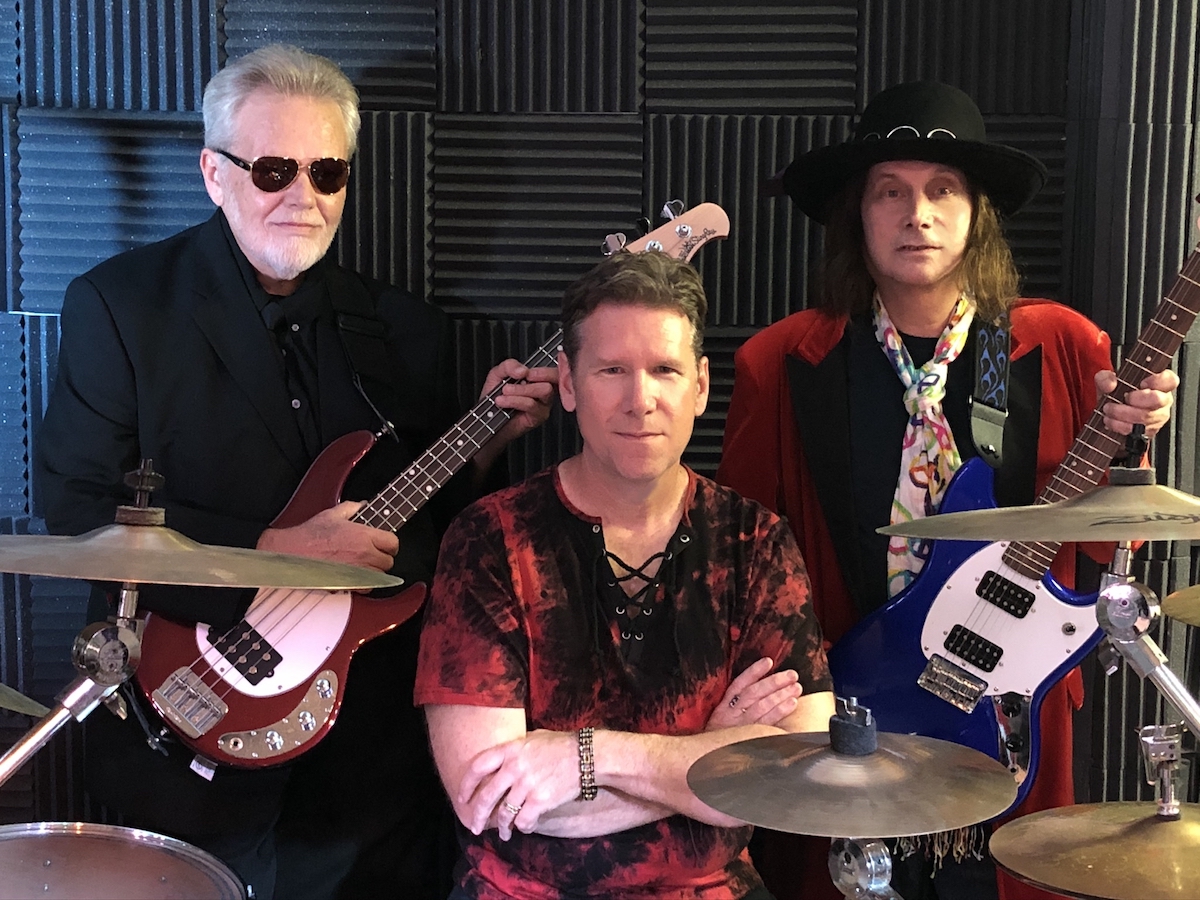 The R Train Band is an American Rock Band hailing from Brooklyn NY, with tracks leading down into South Florida.  The band consists of vocalist guitarist Jeffrey Black, drummer vocalist Mike Annese, and bassist harmony Denny Lee. Formed in early 2019 by members Black and Annese, the band’s name came about while traveling on the New York Subway, the R Train. They were taking the train from Bay Ridge Brooklyn to Manhattan, to master a couple of tracks at Battery Studios, also known as the legendary “Record Plant” at 321 44th St. The Plant, as it is known today, is home to some of the greatest recordings of all time – from the likes of John Lennon, Jimi Hendrix, Aerosmith, Kiss, and countless other greats. As the train swayed back and forth, the two thought, “we are in the greatest city in the world, traveling on the ride of a lifetime,” it was at that moment “The R Train Band” was born.

On their soon to be released debut single from their 11-song album Full Throttle, The R Train Band lets loose with their recently released single “Flip Out Zone”- a song that harkens back to the roots of screaming rock. The track tears off with a riff-heavy sound, and a driving drumbeat accompanied by vocal-chant-ready arena rock, with the energy and power of a new school sound. Written with the pressures of life in mind, songwriters Black and Annese give caution to the seductive lure of money from a mundane job and life, sending the message of “wake up to reality and be who you really want to be.” With the recent Coronavirus pandemic in mind and the world enduring self-isolation, the band chose this song to be first out of the station. The tune provides fans with an escape from monotony through deep grooves within the melodies and pulse of the music.

The R Train Band’s goal is to inspire everyone to get up out of their seats, forget about the everyday stresses of the world for a little while, rock your heart out, and dance to the feel of the music. Most of all, remember always fight for what you believe in and be who you are inside on the outside. We invite you to climb on board the unstoppable R Train band for a non-stop fun energetic ride down the tracks toward the future and remember that life is what you make of it. Don’t forget to stop and hear and feel the music in your soul!  You can connect with The R Train Band via the following links: