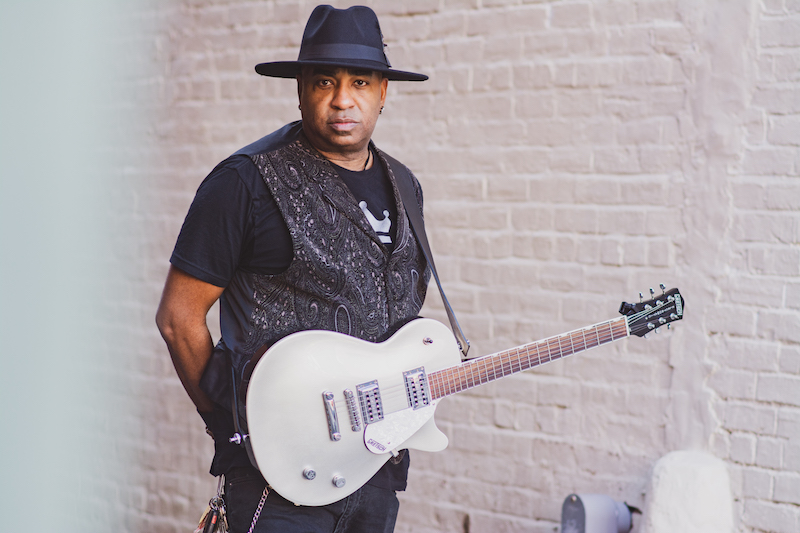 The Neverlutionaries’ self-titled debut LP album, to be released on February 12th, is an unfiltered expression of the heart that seamlessly straddles moods and genres.  The brainchild of multi-instrumentalist songwriter Christopher Harold Wellsand bound by his distinctively soulful timbre, the eponymous eleven-song release featuring one bonus track tints hook-laden alternative rock with psychedelia, shoegaze-y jazz, and subtle funk.  “The only parameter that I set for myself is that, at some point in the process, I got to get some kind of goosebumps,” Wells explained.  “That’s like the cosmos’ way of letting you know you’re onto something.  Having originally made his name in the vibrant North Carolina music scene (notably with Peasants of the Apocalypse), Wells has been performing, recording and producing in San Francisco for the last few years.  As well as songwriter, he’s also an exceptional melodic rock vocalist, bassist and guitarist.  Wells currently divides his time between SF and Nashville.  Testament to Wells’ stylistic versatility and open-mindedness is a resume that includes playing in The All Time Low Stars with Peter Keys of Lynyrd Skynyrd; working with everyone from Lauryn Hill to Bubba Sparxxx; and opening for the diverse likes of Metallica, Aquarium Rescue Unit and Def Leppard.  Not one to chase trends, his music has always been hard to pigeonhole.

“The longer you write, the more you kind of dial yourself in and hopefully come into what your sound is to be,” offered Wells.  “But with my sound, there are so many parts that make it up because I dig a lot of different kinds of music.”  His influences include everything from the church choirs of his youth, to Rush and Tool; Kaskade and The Cure, to The Mars Volta, Massive Attack, and even Joy Division.  But he reserves perhaps most respect for artists like Prince and Jimmy Page, who’ve mingled multiple genres while maintaining the essence of their expression.  The Neverlutionaries comprises a core line-up of regulars at San Fran’s legendary Hyde Street Studios, augmented by an all-star cast of guest players.  Constants are SF staple and frequent Wells collaborator Chris McGrew of Pamela Parker’s Fantastic Machine on drums; fellow Fantastic Machiner Ryan Hickey on keys; and former Psychefunkapus guitarist Jonnie Axtell.  For future touring, blazing Nashville six-stringer Kenny Olson (Bootsy Collins, Sheryl Crow etc.) and original Brian Jonestown Massacre member Ricky Maymi are tapped to join them.  Helmed by #1 Billboard charting producer Jaimeson Durr (Sammy Hagar, Joe Satriani etc.), The Neverlutionaries was recorded in Hyde Street’s storied Studio C, where classic albums by the Grateful Dead, Santana, and Creedence Clearwater Revival were cut.  Ahead of the album’s release, he’s released two tracks off the album that are ideal for Valentine’s Day listening: a song about the way love makes your soul dance entitled “Ariana” and the love-laden dream state full of bliss and trippy guitars of “Stumble.”

“”Ariana”, released on December 2nd of last year, represents that concept of a dream love.  Upon finally meeting her, what would I say? How would I feel inside that moment, and what would those feelings sound like?”  In a modern music landscape choked with bands making music to match commercial expectations, The Neverlutionaries mark a refreshing return to simply, yet expertly, just doing what feels and sounds right, free of creative margins.  “Write what is in your heart and stay true to who you are,” Wells concluded.  “I’m not singing from my ego as I once did.  Music is very sacred to me and I feel you have to honor it by letting it come from a real place inside of you.”  The second single from the EP, “Stumble” premiered earlier this month via American Songwriter.  “Around the time I created it, I just got out of a really bad relationship, but I missed her terribly.  It was one of things where people get used to chaos yet find themselves yearning for it and even worse – getting used to it.  Like a bad habit, I wondered if I could ever trust anyone like that again and this song was a testament to that,” explains Wells.  The Neverlutionaries’ self-titled debut will be released by Polychromatic Records on February 12, 2021.  You can connect with Christopher Harold Wells and The Neverlutionaries via the following links.  Photo credit Michael Phillips.