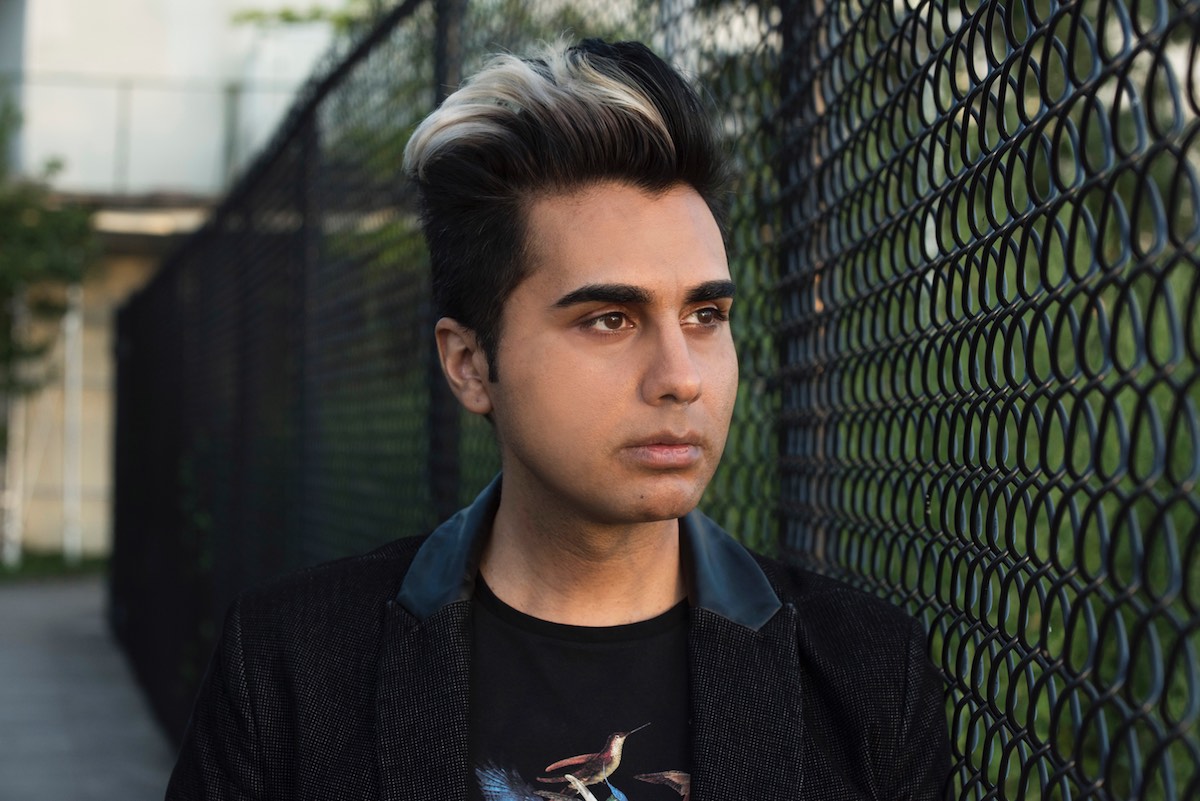 “I want to create the music that we need now—something the whole world can sing to that transcends age, race, and cultural and societal borders,” shares Venice Beach, California-based indie-pop artist Cozmic.  Playful and purposeful, Cozmic has cultivated an irresistible and invigorating lifestyle musical platform that reflects the vibrant legacy of his Venice Beach environs. For decades, the freaky beach town has been a counterculture hotspot linked to artists as diverse as Jim Morrison, Janis Joplin, and Perry Farrell.  Cozmic’s genre-defying sensibility is a modern-day soundtrack to this fertile scene.  His aesthetic epitomizes the beach’s current mishmash of art, tech, spirituality, and yoga colliding with punk rock, skate, and surfer culture.  His music embraces pop, electro-pop, indie-pop, R&B, singer-songwriter narrative writing, and urban-pop.   His latest work recalls diverse artists ranging from Two Feet to Khalid, Blackbear, and Dermot Kennedy.  Within a month of his debut single’s release, “Back By My Side,” Cozmic accumulated over 100,000 social engagements, as well as glowing reviews.  Paste Magazine describes his work as, “Bold artistry, integrity, intriguing musical twists, and lyrics that offer comfort and wisdom.”  Recently, he signed with Universal Music INGrooves for promotions, sync licensing and distribution.  He is managed by Imagine Music President, David Waechter who has worked with multi-platinum artists ranging from the Wu-Tang to Gym Class Heroes.  Creativity imbues all facets of Cozmic’s life.  For Cozmic, clothing is another outlet for artistic expression, and his couture choices are just as freewheeling as his music.  His aesthetic blurs the lines between eras, styles, and gender norms.  Signature to his vibe include floral print pants, pink scarves, punky tattoos, and his ever-present blond streak.  “I love to encourage people to not feel the need to play it safe with fashion—break out and be you,” he says.

Cozmic’s latest single is “Rise For You.”  The track blends indie-rock, folk-pop, emo-inspired lyrics, rhythmic vocals mixed with sensually emotive singing, and trap beats.  This is a banger of gratitude bursting with goose-bump inducing hooks.  The song is pure spiritual uplift with a broadly resonate lyrics that can evoke intense feelings of devotion.  Cozmic’s vocals are dynamic and tender, recalling NoMBe’s smooth and reflective indie-pop musicality. “It’s exciting to fall for someone but it might be even cooler to rise for someone instead.  Most of us have those rare people in our lives that fully understand us in all our flavors and colors; by the way they ‘get’ us, it brings out our best qualities and the highest versions of ourselves.  I wanted to make a song dedicated to those people.  It’s a total experiment cuz it brings in a bunch of my diverse influences ranging from emo-trap artists like Trevor Daniel and Iann Dior all the way to indie-pop bands like Bastille and One Republic.  But that’s just me.  I never subscribe to fitting neatly into a box so my music will always be a bit hard to describe and define,” says Cozmic.  His vibrantly varied artistry reflects his upbringing as something of a beloved misfit.  In elementary school, he was a bookworm with an East Coast preppy sensibility, drastically out of synch with his surfer and skate rat peers.  By sixth grade, however, Cali culture, girls, hip-hop, rock, and electronic music flipped him.  He would go onto embrace seemingly disparate genres and cultures such as hip-hop, metal, indie, and pop.  To this day, this freewheeling sensibility imbues Cozmic music and his lifestyle.  His career was bisected by a time of spiritual introspection and soulful triumph where he locked himself away in a house in Venice, California, and lived like ninja.  From then on, he’s vowed to share a message of hope, wholeness, and positivity with a non-denominational approach to spirituality and warmth and humor.  “I’m a jokester,” he admits. “Getting people to laugh and making light of situations helps us get out of our head, and it helps promote higher vibrations.”  Cozmic is alcohol and drug free, vegetarian, he supports and promotes awareness for mental health issues, and he is a disciplined meditator who shares the fruit of the journey through volunteer teaching with non-profits for high school and college students.  His holistic approach to healthy and conscious living is influenced by the vintage punk and emo’s straight edge scene, dating back to Minor Threat/Fugazi’s Ian MacKaye.  His outreach comes from compassion, and it’s also a response to the recent outpouring of tragic drug and alcohol-related deaths in music and entertainment industry.  “I definitely don’t want to tell anyone how to live, but I would like to share a different path that’s constructive and life supporting,” he says.  Today, Cozmic is brimming with ideas and he is spiritually unstoppable.  He says “This is all truly a journey for me, and it’s not about fame. This life is about making music to feed my soul and sharing that no matter what.”   You can follow Cozmic and stay up-to-date on all upcoming music and artist news, as well as stream and purchase his music, via the following links: