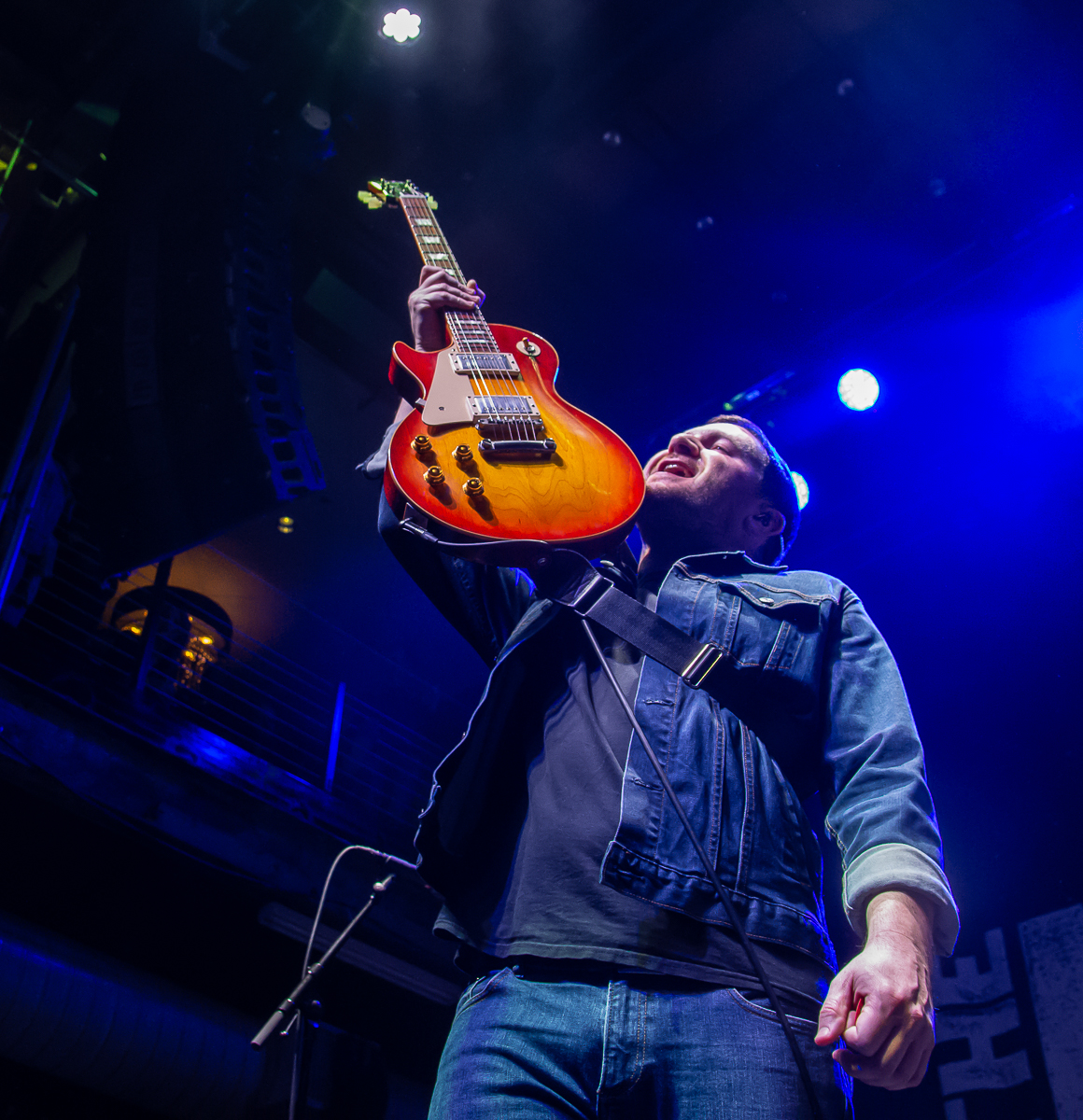 The Menzingers with Oso Oso and Rodeo Boys

Pennsylvania punk band The Menzingers brought their On The Impossible Past 10 year Anniversary Tour to Louisville, KY on January 7th. Having been originally been scheduled to perform on November 19th, the show had to be rescheduled due to illness. The venue was packed this evening, with fans who were ready to sing, dance, and have a great night filling the main floor and balcony! Opening the show this evening was queer rock and roll band Rodeo Boys from Lansing, MI. Lead vocalist/rhythm guitarist/songwriter Tiffany Hannay, guitarist Cody, bassist Duncan, and drummer Mandy had an incredibly fun and dynamic stage presence, having fun with each other on stage and with the crowd. Hannay announced early on that this was the band’s first time in Louisville and it seemed like they were going to like it here just fine! The band performed plenty of songs from their 2019 album Cherry and really got the crowd hyped for the night ahead! Next up was New York rock band Oso Oso. Fronted by Jake Lilitri (formerly of State Lines), the band performed songs from 2018’s the yunahon mixtape and gb/ol h/nf / subside, 2019’s basking in the glow, and 2022’s sore thumb. “It’s great to be here,” said Lilitri early in the set. “Did everyone like Rodeo Boys? Are you excited for The Menzingers? Oh come on! You can do better than  that! It’s Saturday night and the drinks are flowing.” As they ended their set, he thanked everyone for coming early to see them!

Ending the evening was The Menzingers. Soon after coming out on stage, singer/guitarist Greg Barnett exclaimed to the sea of fans before him “Thank you so much! It’s been 12 years since we’ve been here, which is too long! That was stupid on our part and it won’t happen again! We’re celebrating the 10 year Anniversary of our album On The Impossible Past! We’re going to play it front to back!”. They later thanked their friend Nick for filling in on bass, as their bassist Eric Keen was unable to make the show due to an injury. It was clear that the band was having a great time on stage with each other and the crowd, with each feeling off of the other’s joyous energy! “This has been fantastic,” said Barnett. “We have one more song from the record and then we’ll play a few of our favorite songs”, to the delight of their fans! After performing the final song from the album, they performed “I Don’t Wanna Be An Asshole Anymore”, “Tellin’ Lies”, “House On Fire”, and “In Remission”. They then performed a 3 song encore that included “Anna”, “Irish Goodbyes”, and “After The Party”. Although many were sad to see the night end, The Menzingers were in high spirits and put on a great show and gave their fans an incredible night of music! And being perched in the balcony for much of the show, looking down on the crowd who were hugging each other while singing, dancing, and crowd surfing,, it was clear how much this band means to so many of their fans!