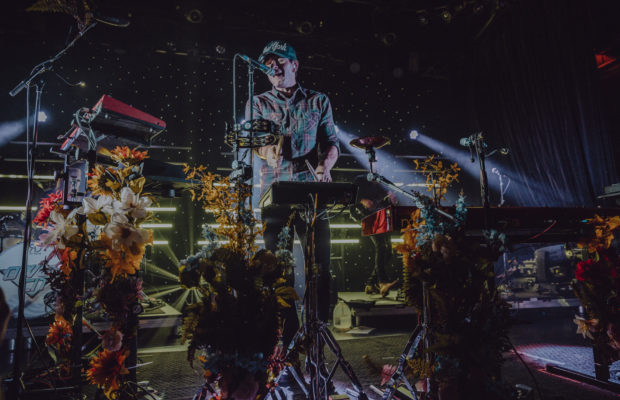 Owl City with Matthew Thiessen and the Earthquakes

The era of music that all of us young adults probably relate most to was the era of the synthesized pop music that was stronger then ever between 2006 and 2010. Of those artists that came to rise during that era of music was Minnesota-based electro-pop band Owl City. A decade after their first release, vocalist Adam Young, released his sixth studio album titled Cinematic and brought his tour of the same name to New York’s Irving Plaza last night.

Starting off the night was the blissful acoustic duo Matthew Thiessen and The Earthquakes. Most known for being the founding member and lead vocalist of Relient K, Thiessen’s new adventures into the world of acoustic music are proving to be a success. His voice soothed every individual within Irving Plaza last night, preparing to tuck us right into bed with his lullaby like sounds. However, the slow, quiet songs were short-lived after his 45 minute set concluded and it was time for the real party to begin.

After a decade of being in the music industry, it can get hard to remain relevant in most genres. However, last night Owl City proved that notion wrong. Irving Plaza was packed from wall to wall and as the lights dimmed and the curtain rose, cheers erupted. More instruments that I can count on my own two hands were placed throughout the stage, with multicolored bouquets of flower tied around them. Young, donning a New York baseball cap, graced the center of the stage with nothing but a white electric guitar. He opened with “Cloud Nine”, in which he used looping pedals to create all of the music in the song singlehandedly. From the keyboard to the tambourine, guitar to the drums — and don’t forget the vocals!

The remainder of the night was jam packed with fan favorites and songs both new and old, including “Bird With A Broken Wing”, “Hello Seattle” and the ever classic fan favorite “Fireflies.” This having been my first time seeing Owl City, I was disappointed in myself for never making the move to see them in the past. Adam Young’s live vocals sound just as good, if not better than the recorded versions and his extreme talents with a diverse range of instruments really made for a fun night.

I’m glad to see that Owl City is still making music, touring and generally living life to the fullest over a decade after they came onto the scene. It’s a comforting feeling knowing that one of my favorite bands from my teenage years still has the same amount of talent this many years later. They are truly an act to see!