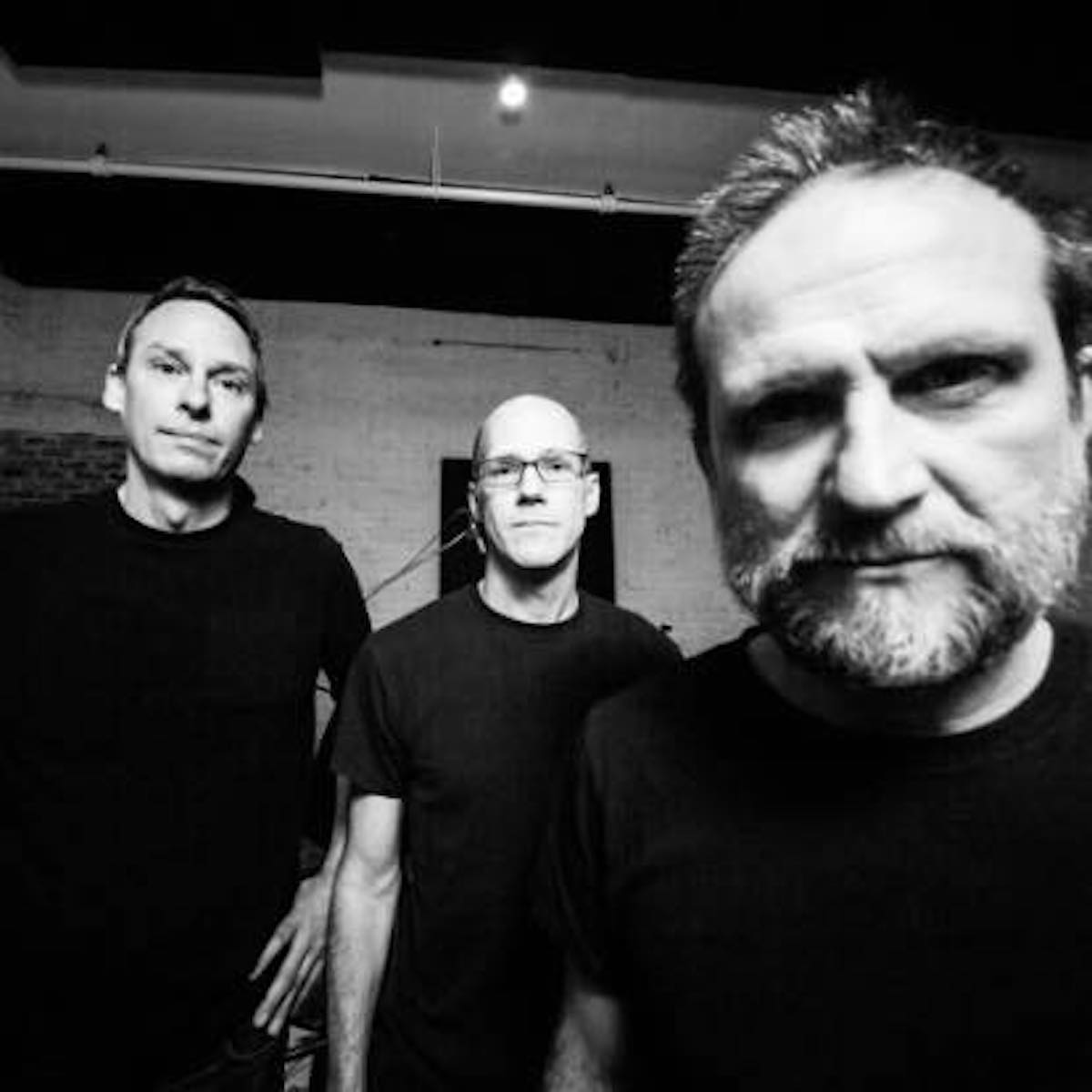 Influential 90’s midwestern emo band Giants Chair is back after a 23-year absence. A new album, Prefabylon will be released on December 6 via Spartan Records and a music video for the new song “Kids Running” debuted recently.  A literal deep dive into their video archives, the clip consists of footage shot by a friend of the band while on their first west coast tour with Boys Life in ’95. Drummer Paul Ackerman says: “I think Scott’s story in “Kids Running” is one of a young Midwestern kid yearning for escape, experience, and maybe a bit of adventure. It’s a road trip story – a ‘head west’ story. So when we saw the footage our old friend Jeremy shot from our tour out west with Boy’s Life in ’95, it seemed like the perfect way to visualize that story. That was our first real tour, so far from home, and the first time seeing the mountains and the Pacific Ocean for some of us. There were a lot of firsts, we had a shit-ton of fun – shaved head, tattooed hands and all – and we have lifelong friendships to go along with those memories. So yeah, it’s a pretty nostalgic piece, but just maybe some other Midwestern kids will see it and be inspired to head west as well.”  Contemporaries and tour mates of bands such as Jimmy Eat World, Boys Life, The Dismemberment Plan, Hoover, Sweep the Leg Johnny, Cap’n Jazz, Shiner, Boilermaker and more, Giants Chair released a pair of albums on Caulfield Records in the 90’s and were a part of the early emo scene with acts like Boys Life, Shiner, Christie Front Drive, and fellow Kansas City bands such as Molly McGuire and Season to Risk.

In the midwest in the early nineties, three musicians serendipitously found one another and began to power a sound.  This sonic synergy charged not only the band’s own individually-heralded releases but would also influence decades of artists-to-come who would cut their rock-n-roll teeth on Giants Chair records.  After years of writing and recording, after innumerable sweaty basement shows, after thousands of miles of highway blur, and a million fragmented memories, lives progressed, and the fire that fueled Giants Chair gave way to new responsibilities — but it never went out.  In the fall of 1989, Scott Hobart (guitar, lyrics, vocals) and Byron Collum (bass) both arrived to attend the Kansas City Art Institute.  After a catalytic connection and several early band iterations in Kansas City, Hobart and Collum opted for a move to Collum’s hometown of Green Bay, WI in the winter of 1993 to play with drummer Paul Ackerman.  The trio relocated back to Kansas City the following spring as Giants Chair with their debut 7” Hot Boy on Caulfield Records.  Soon after the band assembled enough songs to record their first full length album, Red and Clear, a cryptic epic – it was equal parts raw and refined.  While many of the band’s peers trended toward post-rock deconstruction in the following years, Giants Chair returned with Purity and Control, the record that solidified the band’s signature balance of tight rhythms and forward melodies — deceptively simple hooks that collide with lush and layered sonic force.  For more than two decades now these records have lived on turntables, blasted through car speakers, rattled apartment walls, destroyed headphones, and have finally become recognized as the timeless artifacts of emotional experience and endeavor that they are for so many people.  Yes, for many, each Giants Chair release serves as a time machine that can instantly transport them back to an earlier memory — a soundtrack for their wobbly path toward adulthood.  As decades decay, the path remains, and it is no less mysterious for any of us.  Now, in perfect time, 2019 marks the return of Giants Chair with the release of the bands highly-anticipated new album on Spartan Records, Prefabylon…and a soundtrack continues.

“I feel like the band kind of found US again,” says Hobart, “like a two-decade long slap-back echo, and I’m sitting on the couch playing guitar to it. Similar to a lot of people in the world right now, we’re feeling pretty anxious, and I think these songs come from that.”  With all of the the band’s original core components and members still intact (no small feat of itself!) listeners needn’t brace for any departure from the band’s signature post-punk DNA.  Equal parts early new wave, skate punk, prog, political folk, and 70’s and 80’s radio rock, Giants Chair’s influences can be traced across their now ‘era-transcending’ catalogue.  “As a band,” Hobart says “I think we must sound ‘midwestern.’  It’s essentially classic, no-frills, rock elements creating a big wall of melody.  At turns, the music reminds me of rolling landscape, sky and highways, old factories and farms, distant street lights and radio towers – how these things make me feel.  Kind of a lonely, but somehow-hopeful ache while looking west… then the sky shatters.  I remember saying at some point early in the music writing that I was hearing AC/DC meets My Bloody Valentine, but I guess we’ve always erred, to some extent, on the side of AC/DC.  And maybe more ‘D.C.’- as in District Of Columbia” by now” Hobart laughs.  Fans conquer, with Prefabylon, Giants Chair is simply picking up where they left off — the same guys, the same process, the same gear, and the same feel.  After a year of intensive writing and focused pre-production, Prefabylon came to life at Weights and Measures Soundlab in Kansas City, MO with the help of engineer Duane Trower.  When the band was finally ready, drums, bass and foundational guitars were tracked live, lightning-in-a-bottle, in two sessions.  Over the weeks that followed, vocals and the remaining guitar elements were meticulously added to the mix. “I’m hearing that we sound like we never stopped playing,” says Hobart.  “I’d like to think that’s the timeless wonder of limitation that our minimal talents force us to work with.  Guitar, bass, drums, mouth.  Tape it all together and turn it way-the-fuck up.”  You can follow Giants Chair and stay up-to-date on all upcoming band, tour and music news, as well as stream and purchase their music, via the following links.  You can pre-order the new album on the band’s Spartan Records Artist Page HERE.