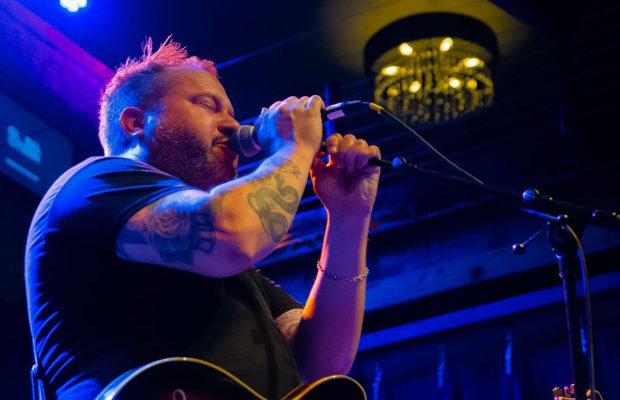 The Get Up Kids with Great Grandpa

Beloved punk rock band The Get Up Kids, who are in the midst of touring in support of their new album Problems, made a stop recently in Louisville, KY.  Performing to a packed crowd of passionate fans, the band was in high spirits this evening, cutting up with each other on stage and making the crowd laugh throughout their set with funny stories and jokes.  Formed in 1995, the band has cultivated a loyal fanbase over the years and treated their fans this evening to many classic hits such as “Holiday”, “Ten Minutes” and “Red Letter Day”.  About halfway through the set, singer/guitarist Matt Pryor announced that they would be playing “Coming Clean”, the first song from their first album, saying that he hoped they got it right as they hadn’t played it in a while!  The crowd had a great time singing along to their older songs, as well as songs from the new album.  Ending their set with “Action & Action”, the band left the stage before coming back out for an encore.  The band ended their set with “I’ll Catch You” and “Ten Minutes” from their 1999 album Something To Write Home About (one of my all time favorite pop punk albums), which saw the crowd singing along at full volume!  The band sounded amazing and put on a great show for their fans!  Seattle indie rock band Great Grandpa opened the show.