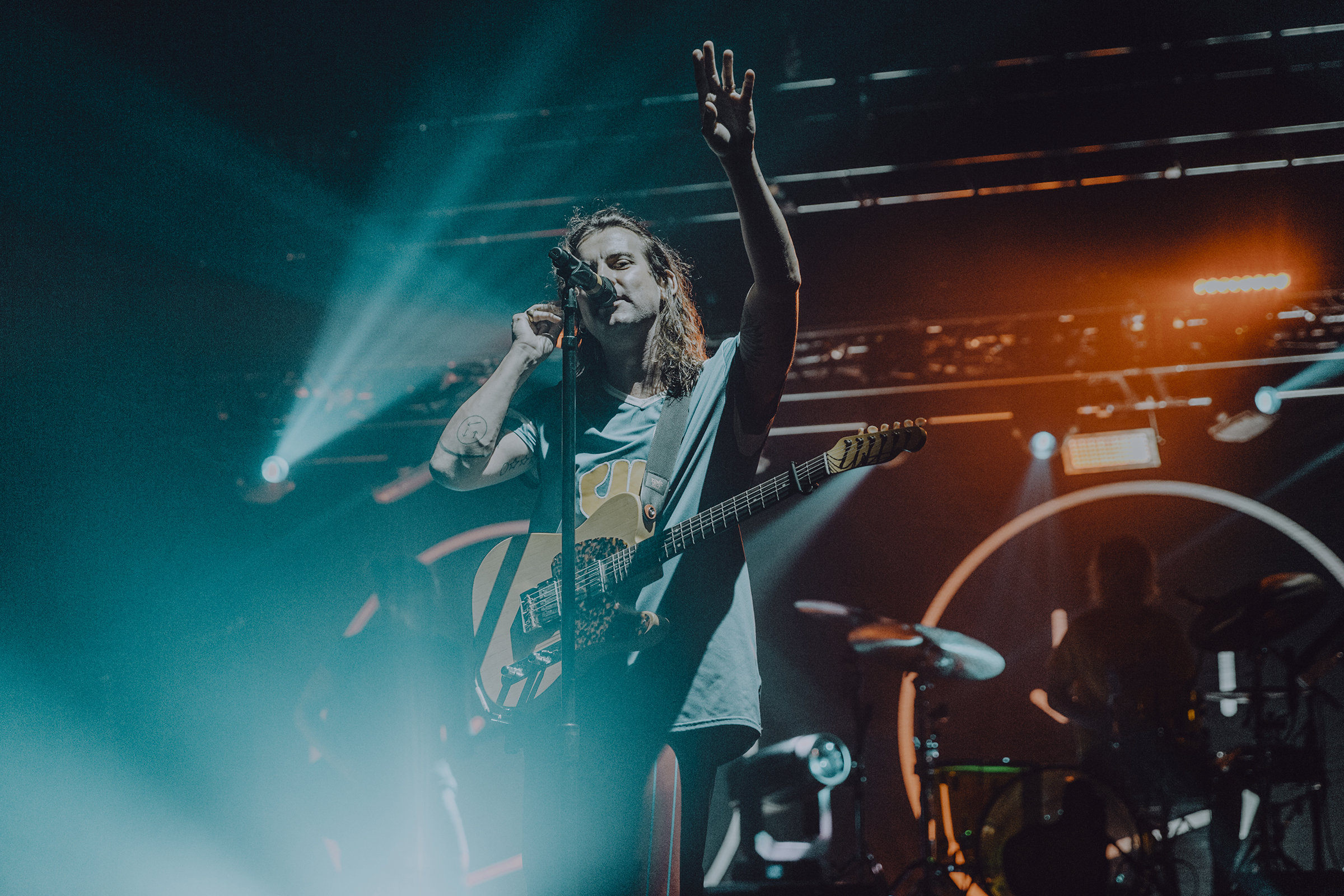 Judah & the Lion with Saint Slumber

I could see the sparkling lights of The Met as I quickly approached the venue on Broad Street. Tonight was a special night as one of my favorite bands, Judah & the Lion were playing a show in their favorite city and my hometown, Philadelphia. I entered the Met and looked at my surroundings, three stories high and over 3,000 people packed into the venue, this would be my biggest Judah & the Lion show to date.

The Pep Talks world tour kicked off with local Philly band, Saint Slumber. The band graced the stage and began their high energy half hour set. The majority of songs off of the band’s setlist came from their three part EP, YOUTH, with the third EP being released just last month. I had never heard of Saint Slumber before Friday night’s performance but after watching how lively they were, I am proud to come from the same city as such a powerhouse band.

The time had finally come for Judah & the Lion to take the stage. I was standing in the photo pit, anxiously awaiting the start of the show, when a massive white curtain was lifted in front of the stage. The lights went dim and we were all waiting for the curtain to drop — but it didn’t. Judah & the Lion graced the stage and behind the curtain and bright purple lights, a silhouette of lead vocalist, Judah Lee, began singing the title track off the band’s most recent record, Pep Talks. As the second chorus built up, the curtain dropped at the smash of a cymbal. Lights were flashing and the performance had officially begun, my adrenaline was running through the roof.

Judah & the Lion played a lengthy, nearly two hour set in Philadelphia and it was chock full of high moments and low moments that were filled with both loud energy and quiet reflection. The setlist for the evening featured a diverse range of tracks from the bands entire discography including the hit “Suit and Tie”, “Pictures” And “7000x”, just to name a few! A personal favorite moment of the night was when Judah brought out his father to introduce “Goofballerz.” Judah and his father stood atop the risers on right and left stage, shaking their bodies in the strangest ways in an attempt to show the crowd the kind of dance moves that were expected to be seen during the song. As the chorus goes, “Let me teach you have to have some fun,” Judah & the Lion did just that as the entire venue was shaking their booties and hips all over the place!

The sense of family that is experienced at a Judah & the Lion concert is unlike any other feeling that I have experienced at a live performance. Many bands will try to create the same familial feeling, but nothing is authentic as the Judah & the Lion family that exists at their live performances. As the band closed out their show with a four song encore consisting of “Let Go”, “Alright (frick it!)”. “Why Did You Run?” and “Take It All Back.”

At the end of “Why Did You Run?”, the band ran off the stage and quickly returned in jumpsuits. After introducing themselves, the band ripped their jumpsuits off to reveal tight spandex 80’s inspired workout outfits and dance music blared throughout the venue. With lights flashing around them, Judah & the Lion proceeded to close out the song with a classic jazzercise routine before transitioning into “Take It All Back”, which they performed in their very own Philadelphia Phillies and Flyers jerseys!

The Pep Talks world tour sees Judah & the Lion at their best with passion, high energy and a true love for both their music and their fans. I highly recommend seeing Judah & the Lion live, if you’re looking to have the time of your life and let go and goof around a little!