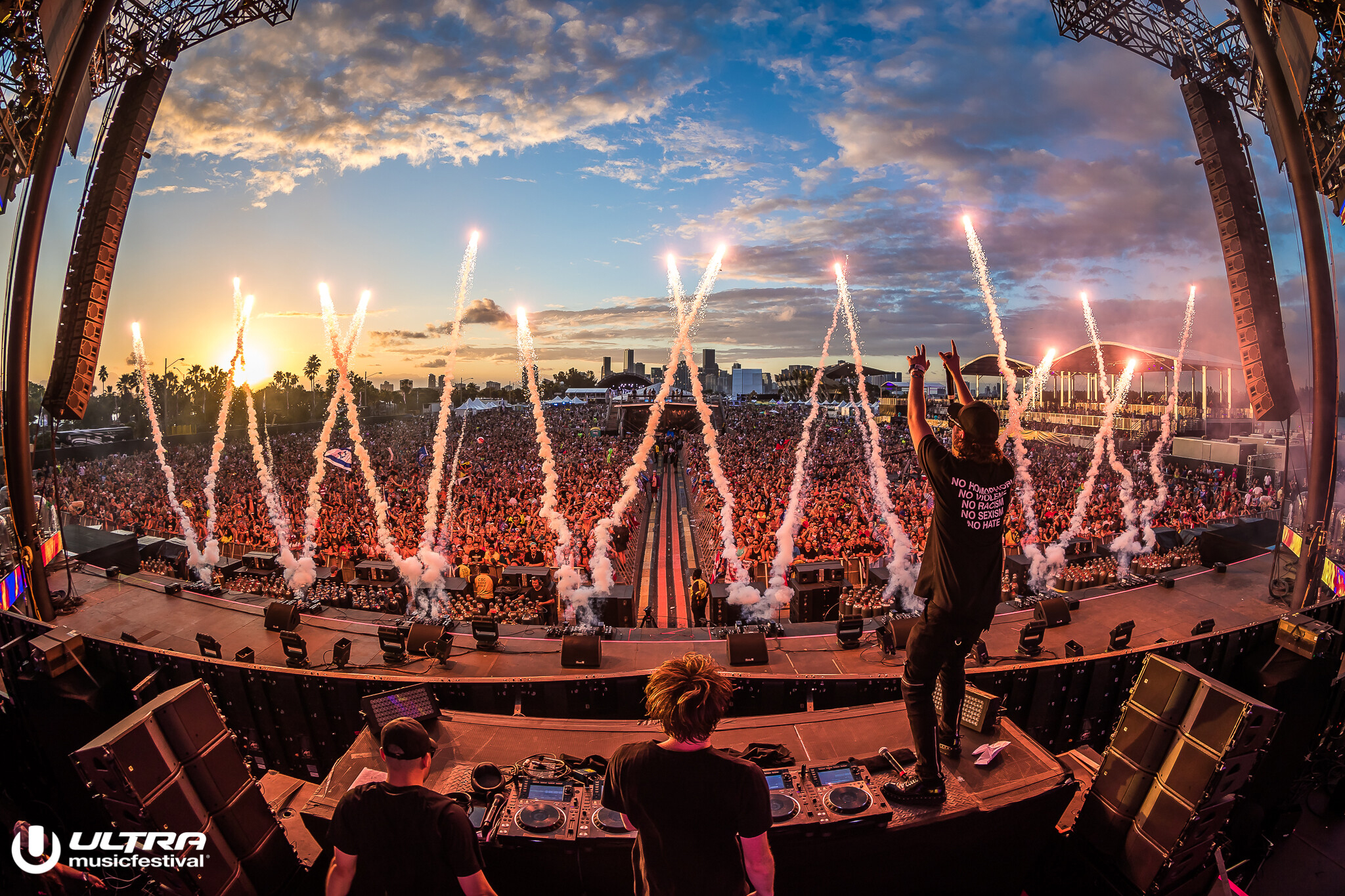 Alchemy tour is probably one of the biggest solo EDM shows to come to the Gorge Amphitheatre, drawing crowds that took to make up one of the venues famous music festivals. With this show consisting of NGHTMRE & SLANDER, Seven Lions, The Glitch Mob, Jason Ross & Huxley Anne, everyone was in for a treat.

There was optional camping or optional parking, as the venue is hours away from Seattle, many people seemed to have camped as the premier and standard camping grounds were spread out with people. At first arrival this was amazing, but as we got to the front gates, the lines were longer than I had ever seen during any festival at the gorge. They were unorganized and everywhere. These lines were due to thorough searches, but even with leaving in time to see Huxley Anne and Jason Ross, my group and I missed both of their sets as we got stuck in the worst lines I have ever seen at the Gorge. I was devastated but moved on with the show.

Our group was quick into the crowd to await The Glitch Mob, with the people around us hyping each other up as the set up was changed over for the upcoming group. And then just like that, they appeared on stage and the energy from the crowd was tremendous. Every drop and throw down hit the crowd and they moved with it. With this being the first time seeing The Glitch Mob, I was baffled by how much crowd control they hand. That being said, the crowd was absolutely terrible during their set. Now I know it ha nothing to do with the group themselves, but I found it hard to enjoy their set when I was being pushed around into people and slammed into. Other than that, I really fell in love with The Glitch Mobs transitions and attention to detail within their sets.

The famous fifteen minute wait time flew by quick as NGHTMRE and SLANDER stepped onto the stage presenting Gun Vibrations. Excitement filtered across the crowd as their collaborative song, Gud Vibrations played. From the moment they stepped on stage, it was obvious that their set had been carefully put together, with hours spent to make sure that every drop, build up, and melody worked well in order to keep the audience hyped. With that, the group had amazing energy which easily transferred to the crowd. Playing songs like NGHTMRE’s Redlight VIP and SLANDER’s Potions, the love for these DJs could easily be felt across the Gorge. When Love Is Gone began to play through the speakers, it was as if everyone there was on the same level, in the same space. It was emotional and soon after, their set was finished. It was an unbelievable set that is honestly one of the best that I have seen all year.

At this point in the night, the cold had drawn on everyone, yet the appearance of Seven Lions on stage brought up the energy and the heat. On stage, his smiles and excitement translated to each person as the first drop in his set had everyone jumping and headbanging. Playing his hit songs like Firs Time and Island, Seven Lions also dropped In Your Head by G-Gones & RL Grime. This was really a highlight of the night as I remember the entire crowd going ‘ooohhhh!” At the drop. His set ended off the night perfectly, with his energy radiating much like Gud Vibrations. It was extremely saddening when he walked off stage and the night was finished, but he proved that everyone in attendance experienced something that we would likely never get to experience again.

Seven Lions’ set was the perfect way to end off the night and I could have not been more satisfied with the show that was put on. From incredible visuals and lights, to a very fluent and well put together set from each artist that performed (that I was able to see), I can finally say that alchemy held my expectations and more. I can only hope that a tour like this one is put together again soon.