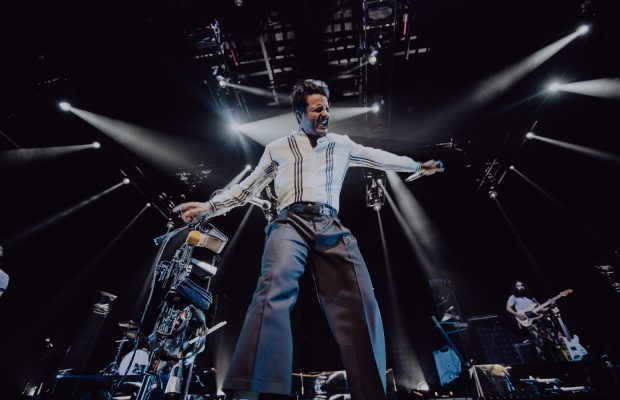 Young the Giant and Fitz and The Tantrums with COIN

On July 6, 2019, Young The Giant and Fitz and The Tantrums co-headlined Toyota Music Factory in Irving, Texas, part of the Dallas metroplex. Although the start of the show was delayed an hour due to weather, the show went on. COIN took the stage first, an alternative pop band from Nashville, and they brought high energy to the stage. Plenty of people came to the show just for COIN, and the crowd showed that as they danced to tracks such as “Crash My Car” and “Talk Too Much.” Fitz and The Tantrums took the stage next, wowing the crowd with long-time favorites such as “The Walker” and “HandClap” while also performing songs from their upcoming album, “All The Feels” set to release in August. Fitz and Noelle captivated the crowd with their duetting energy, and the band filled the amphitheater with their catchy pop hits. Young The Giant took the stage last, using multiple background screens as the main focus of their production, displaying stunning visuals that coincided with the album art from their latest album, Mirror Master. Young the Giant puts on one of the best shows I’ve seen in a long time and made a massive amphitheater feel like a small club. The crowd sang along to debut hits “Cough Syrup” and “My Body” which quite literally gave me chills. Sameer has a stage presence that simultaneously expresses all the intense emotion of the songs he’s belting while giving the performance of a lifetime. All three of these bands were incredibly energetic and commanded the stage in their own ways, making this tour a must-see.