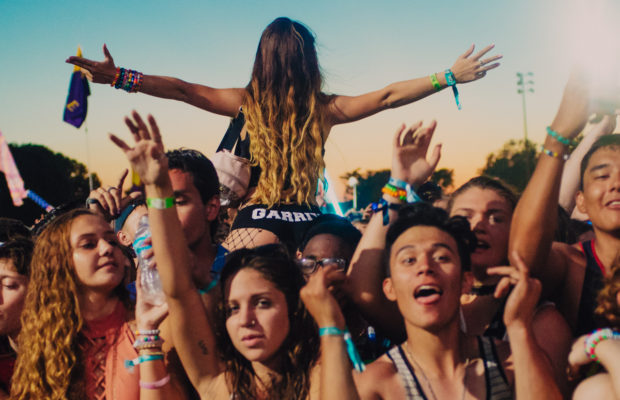 I’d been told that Spring Awakening was going to be a shit show. There would be thousands of drunk people obnoxiously dancing and shoving glow sticks in my face. “Don’t go to Spring Awakening.”

To those who warned me, you couldn’t have been more wrong.

Spring Awakening, Chicago’s yearly EDM summer festival, brings some of the hottest electronic artists from around the globe to Addams-Medill Park on the South side. Yellowclaw came in from Amsterdam, Die Antwoord are from South Africa, and Galantis flew in all the way from Sweden. As for the fear that the crowd would be a disaster, Spring Awakening was a more welcoming, positive, and mindful gathering than nearly any other festival I’ve experienced. When I took a break between sets and plopped down in the grass, a shirtless guy covered in facepaint stopped dancing and made sure I was okay and not dehydrated. I’ve never had someone do that for me at a festival before.

Electronic music can refer to a ton of sub-genres: house, trap, bass, dubstep. Spring Awakening had it all. On Day 1, Louis the Child, Marshmello, and Datsik had everyone long into the night, while on Day 2, Mija and Krewella confirmed that some of the best DJs right now are women. Martin Garrix closed out the weekend with pyrotechnics, confetti, and a slew of hits that kept people dancing well into the night. Everyone had a smile on their face as they left the park that night, and I heard so many people saying how excited they were for next year.