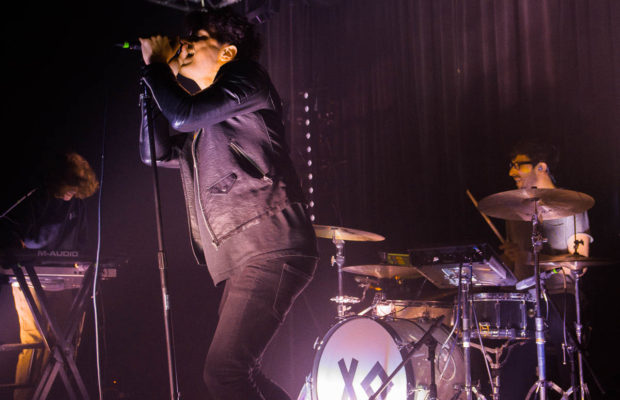 Nightly, an electronic duo based in Nashville, TN, performed in Louisville, Ky on April 22nd.  Louisville is home to the Kentucky Derby and this same evening saw the city as host to Thunder Over Louisville, which led to a sparse crowd size at the beginning of the evening.  I had the chance to speak briefly with Nightly’s singer Jonathan Capeci before their set, and he took it all in stride, saying that they hadn’t played Louisville before and hadn’t developed a fan base in the city.  As Nightly started their set, though, the venue had filled up quite a bit.  It’s easy to see why these guys are rapidly gaining popularity as a band.  The crowd was dancing and having a great time, leaving me with little doubt that Nightly had gained some new fans.  They played an energetic set and it was apparent that they have a passion for music and for performing.  Although the venue provided a small amount of overhead light, the stage was mostly lit by an impressive lighting display created by Joey Beretta, Jonathan’s cousin and co-founder of the band.  They ended their set with their hit “XO”, the song that started it all for them.  California-based band Saint Mesa, who is currently finishing up a short round of tour dates with Nightly, as well as Louisville performer Soft Cell Portraits, opened the show.