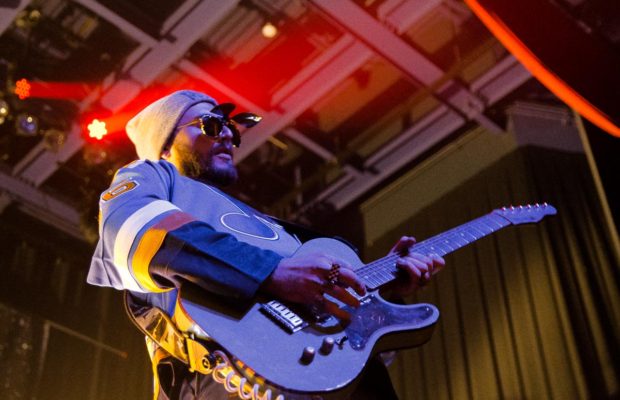 I had the pleasure of seeing Highly Suspect perform in St Louis on April the 21st to an enthusiastic and sold out crowd.  Having seen them twice before, I knew that I was in for an incredible evening.  Johnny, Rich and Ryan came onto the stage to a roar of applause and screams, with Johnny clad in a sports jersey, sunglasses turned up and a toboggan, later shedding the outfit for a Cure t-shirt, no sunglasses and his signature MCID hat. They started their set with their amazing cover of Send Me An Angel and continued to play a wide array of songs. From the first note they played, the packed venue was singing along and continued to do so for the entire set.  It’s easy to see why Highly Suspect has continued to grow in popularity.  They have an incredible energy while on stage and are tight, crisp and cohesive in their performance, leaving one to believe that they were listening to a CD.  It is apparent that Johnny, Rich and Ryan love to perform and are very appreciative of their fans and the appreciation is mutual! The fans along the barricade were ecstatic when Johnny and Rich walked to the edge of the stage and interacted with them.  The energy in the room remained constant throughout the evening, making for a really special night.