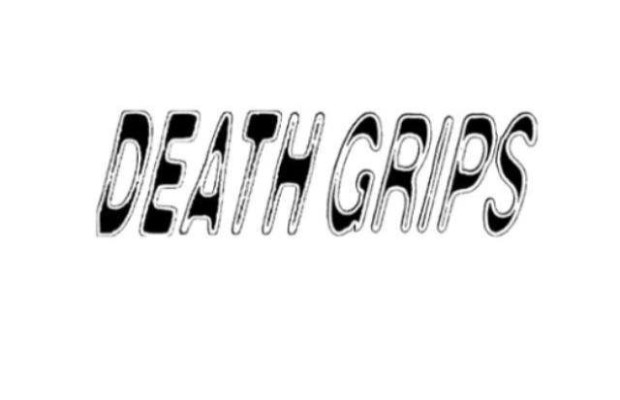 After only three years in existence, experimental collaboration Death Grips have already made a name for themselves in the Bay Area and Northern California. Fans of the horror-core trio will be pleased with the new single that dropped this June, with the promise of a two part album, The Powers That B (Third World Records), to come later this year. The single “Say Hey Kid” brings back the minimalist beats of their earliest mixtapes, but with a distinctively higher class of vocals and synth. Rapper MC Ride (Stefan Burnett) comes through with edgy lyrics and even edgier delivery, while producer Flatlander (Andy Morin) keeps it simple, allowing drummer Zach Hill and Burnett to take the spotlight. Although “Say Hey Kid” keeps true to Death Grips’ gritty reputation, it introduces a degree of pop that will no doubt appeal to mainstream hip-hop fans as well.

“Say Hey Kid”’s warm reception by critics such as Self-Titled magazine and The Needle Drop is nothing new; their 2012 album, The Money Store (Epic Records), placed 9th on Pitchfork’s Best Albums of 2012 chart. Consumers and critics alike have praised Death Grips as pioneers of the experimental hip-hop music scene, blending industrial instrumentals with speedy rap lyrics and synthesized song samples. Their niche popularity has given them credit among other artists as well. Icelandic singer Björk recently announced on Facebook that her vocals will be sampled on Death Grips’ upcoming album, The Powers That B. Death Grips’ growing popularity is unlikely to end anytime soon, so keep your eyes open for The Powers That B and other exciting future projects by the group.

“Say Hey Kid”’s speedy, synthy intro hooked me in within seconds of listening. MC Ride carries the hyphy energy of the intro into his repetitive verse, “I do what my people would/Because my people would.” In their previous releases, Death Grips have focused on the aesthetic of their lyrics rather than the meaning, but “Say Hey Kid”’s lyrics seem deeper than that to me. The line, “Happy’s perfect/Perfect’s tame,” addresses the duality of a youthful personality, a topic that resonates with me. I always love to see an artist evolving with each new release, and Death Grips do not disappoint. Their lyrical depth has improved since their 2012 album, but they still have the unique qualities that caught my ear when I first listened to them. I am definitely digging Death Grips’ most recent releases, and I’m looking forward to listening to the rest of The Powers That B. If you like “Say Hey Kid” but aren’t a fan of Death Grips’ more industrial side, I would also recommend checking out the tracks “Birds” and “Fever” from the early 2014 album, Government Plates.

Note: Although there were rumors that Death Grips would be disbanding as of July 2nd, these rumors have since been dispelled. The group purportedly will be releasing singles from the first half of The Powers That B throughout the year, leading up to the official release.