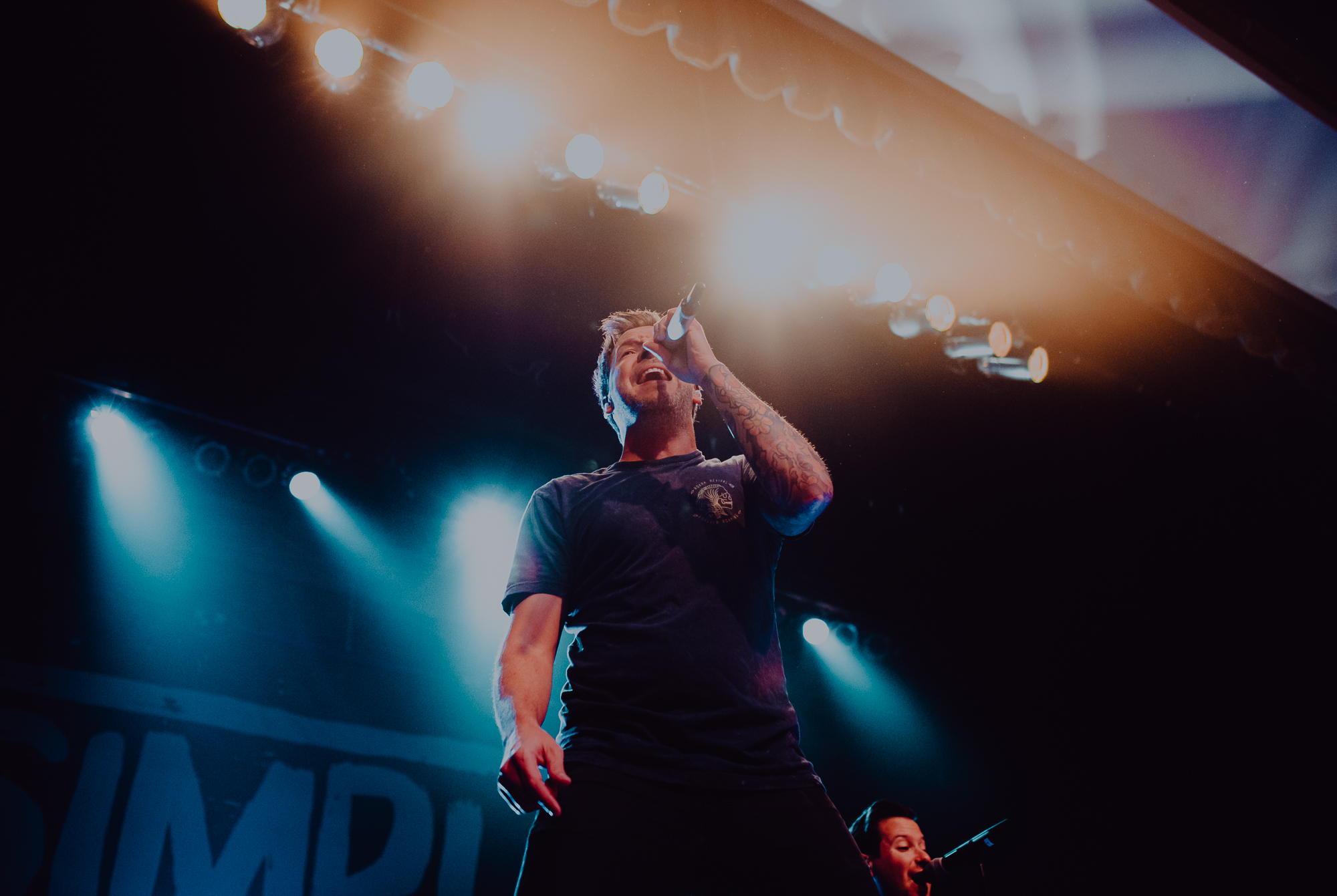 State Champs and We The Kings

Simple Plan brought all the nostalgic pop punk feels with them on Sunday in Indianapolis when they came through on the “Where We Belong” tour, bringing with them State Champs and music scene vets We The Kings.

We The Kings started off the evening with crowd favorite “Skyway Avenue”, which sent the crowd into a frenzy that lasted through the entire set all the way through the end of the set which was closed out with “Check Yes Juliet”.

Still reeling from the ecstatic energy of We The King’s set, the crowd amped up their energy when State Champs came out afterwards. It’s literally impossible to not move or bop along to their catchy music. This band has been on the rise since their release of “Living Proof” a year ago; having opened up a couple of Fall Out Boy dates shortly afterwards followed by a headlining tour, and a slot on Sad Summer Fest. Their ridiculously high energy and catchy choruses are not to be missed!

The soft roar of the crowd filled the room as everyone waited for Simple Plan to take the stage; and finally they did, the crowd screamed as they launched into “I’d Do Anything” (a quintessential song for anyone who grew up in the early to mid 2000’s). The band danced and jumped their way through their set playing “Welcome To My Life”, “I’m Just a Kid”, “Perfect”, and even “Untitled” (yes, I cried, it was a very full circle fulfilling moment). Derek Discanio and Travis Clark also took to the stage to perform “Where I Belong”, the song they recorded and released together in support of the tour before it started.

All in all, this tour was made for anyone who loves pop punk or wants to feel nostalgic for a night with all their friends. I felt like I was suddenly 14 years old again dancing in my room the entire night. Every person left that show smiling and laughing. If you have a chance to catch this tour, do it. It will lift your spirits to sing along to those songs in a crowd again. Simple Plan, State Champs, and We The Kings are all spectacular artists and musicians and will have you off your feet in seconds.