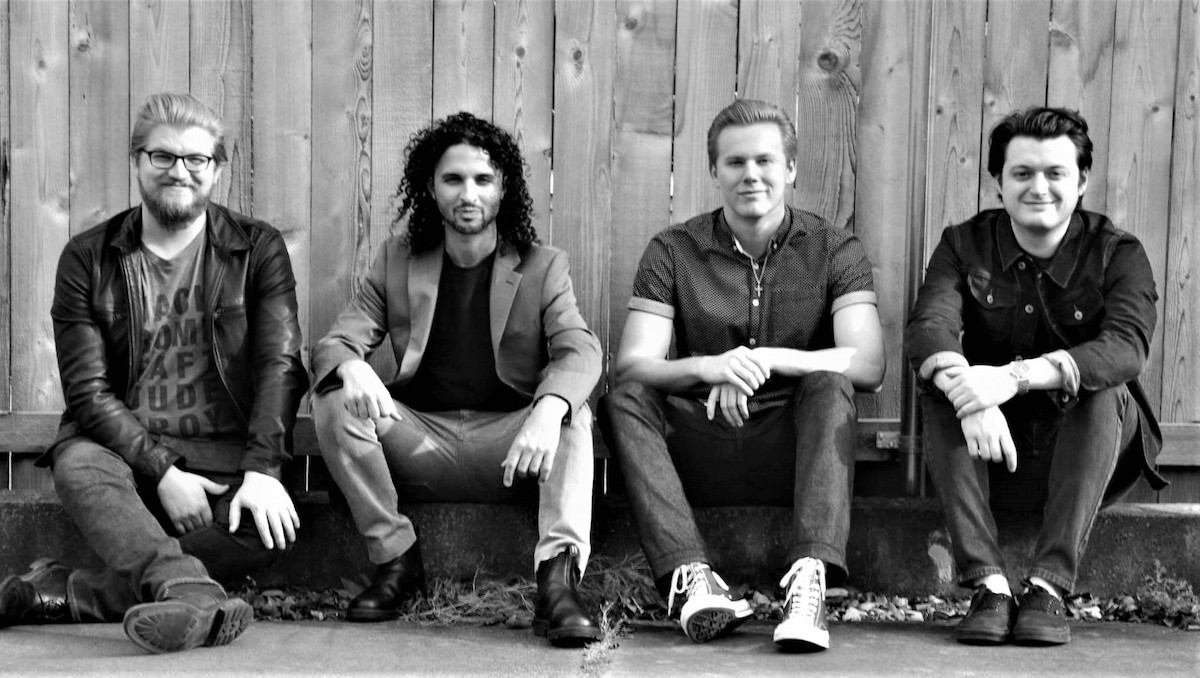 “Their sound, first and foremost, is fun, youthful, fresh and genuine –full of unexpected guitar harmonies, fearless vocal styles and an authentic, unpretentious approach to the difficult genre”, so says writer for the popular Austin radio station KGSR, Samantha Dunn.  Ms. Dunn was one of many who attended Mohawk Bends’ first show in 2018 at the legendary Stubbs venue. “Greatly appreciated by the crowd was the band’s smart utilization of mounting tension during verses, which allowed for moments of big, harmonious release that brought undeniable energy to the room.”

Starting in the winter of 2018, Mohawk Bends was founded by four like-minded Austin musicians, Alex La Fuente, Colin Clay, Chris Michael and Jonathan More.  Following a private performance for close friends and family during SXSW with the touring California-based act, Hate Drugs, Mohawk Bends immediately began writing their first record.  In the following months, the band made their public debut in high-profile Austin venues, including Stubbs and the Mohawk, and immediately charmed audiences with their polished, energetic performances.  In the Fall of 2018, Mohawk Bends self-recorded and produced their debut album, Stay A While, which was met with praise from several media outlets, including the popular music blog Ovrld which stated: “Mohawk Bends may be freshly formed–they started playing together this winter–but on their debut single “Plaster Cast,” they perform with startling confidence, recalling the songwriting prowess of Brit-poppers James at their prime.”  To date, Mohawk Bends have continued to play in premier Austin venues to an ever-growing fanbase.  They have been featured on the CW’s 512 Studios Live program, shared marquis with national touring acts such as LocalNatives, Hippo Campus and The Districts, and have begun writing and recording their next musical phase with the plans to release new music in the Winter of 2020.

The band recently released their latest single “See What You Do To Me”, a commanding and anthemic hit that sees them pushing the boundaries of their own creativity.  Instead of being driven by their personal expectations and concerns, or writing the songs they thought they should be writing, with “See What You Do To Me,” Mohawk Bends lets loose, has fun, and brings their fans along for the ride in the process.  “When we approached “See What You Do To Me,” we wanted to create something that would allow our audience a certain amount of escape”, says the band.  We didn’t want to get political, we didn’t want to get too “real” -we just wanted to write a fun, relatable rock tune that people could get lost in.  This song is the result of us letting go of our expectations, concerns and our self-consciousness about what we thought we should be writing.  We wanted to write something we’d enjoy, that our fans would enjoy, and that’s exactly what we did”.  You can follow Mohawk Bend and stay up-to-date with all band, music and tour news, as well as stream and purchase their music via the following links.  Photo credit: Rachel Hunter.