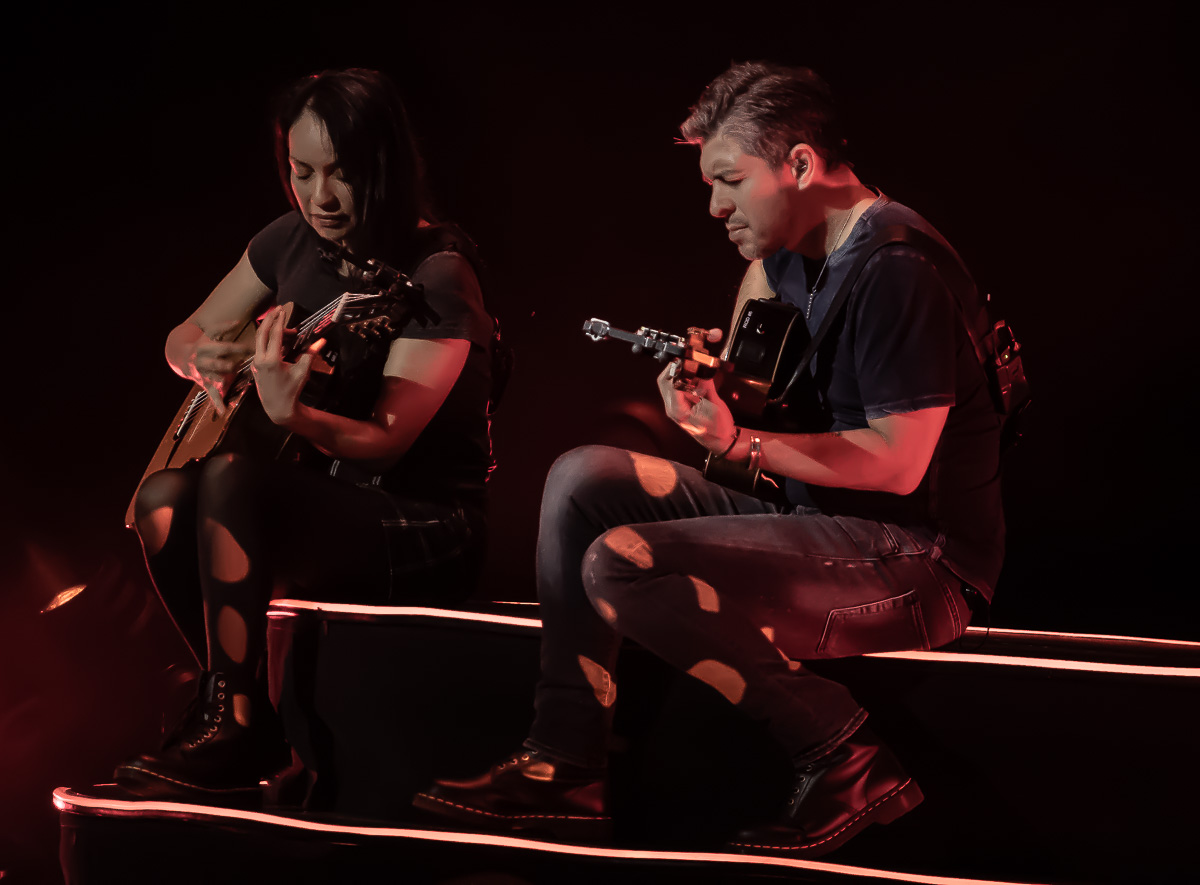 Acclaimed Mexican guitar sensation duo Rodrigo y Gabriela, who are in the midst of their Mettavolution tour, made a recent stop in Louisville, Ky to a packed venue.  Having recently released their latest album Mettavolution, the duo has garnered international attention over the years with their instrumental fusion of jazz/metal/world music.  As they came out onto the stage, the crowd broke out into deafening applause.  Starting out sitting on stairs on a platform on the stage, they chatted with the crowd a bit about the new album and the evening ahead before starting their performance.  Starting the set with a new track, they performed both older and new tracks throughout the evening, as well as some covers, alternating between sitting for the slower paced songs and standing for the faster, more upbeat tracks ones.  Two such tracks that brought the crowd to their feet and had Rodrigo and Gabriela standing were their older, classic hits “Diablo Rojo” and “Tamacun”.  These tracks saw the duo move around the stage and interact with the crowd who were dancing along with their hands in the air!  With each addressing the crowd individually throughout the evening, it is clear that they love their fans and are grateful for the support they have received over the years.  Rodrigo y Gabriela have cultivated a passionate and loyal fanbase throughout their career, as evidenced this evening by the sizable crowd.  They both play with so much passion, feeling the music, with that same passion transferring to the audience as they watch, captivated by the performance.  It was a fun evening of great music that got everyone on their feet and dancing!  Nashville-based British acoustic duo Ida Mae opened the show with their blend of soul and Americana tunes!