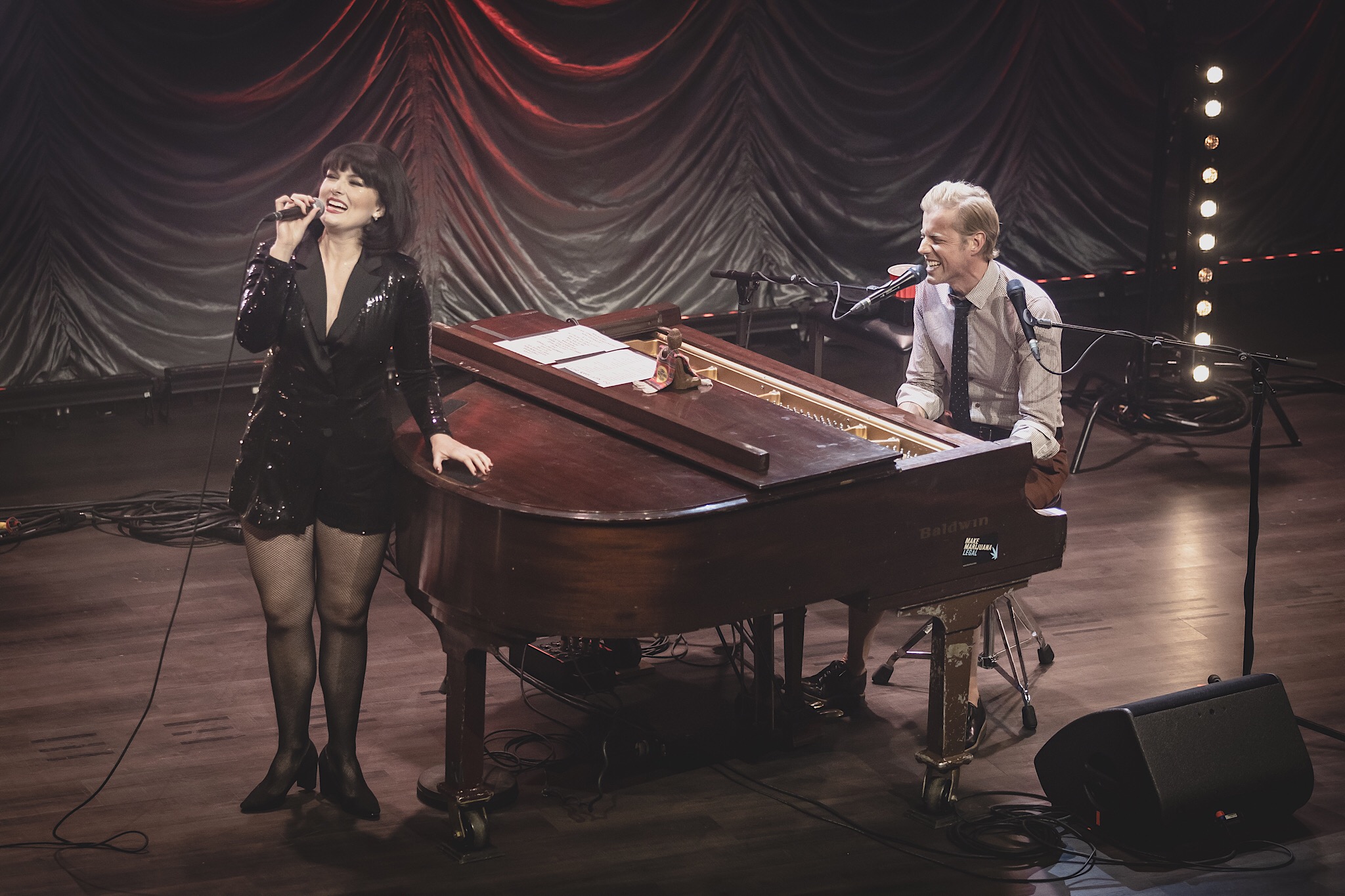 Andrew McMahon brought his highly anticipated “Winter In The Wilderness” solo acoustic tour to the completely sold out Roxian in McKees Rocks, PA this week. The very talented Ivory Layne joined him and the audience was in for a wonderful evening filled with music and stories behind the songs.

The stage setup was simple, with just a piano, a Christmas tree as well as a fake fireplace. The show was mostly seated, except for some standing room in the back and to the sides.

At 8 pm sharp Ivory Layne and her guitarist came on stage to the sound of enthusiastic clapping. The singer moved from Denver, NC to Nashville, TN in 2013 to pursue a career in pop music and released her first EP the same year. Her second EP Something’s Gonna Happen followed shortly after and since then she has been releasing new songs frequently. Her latest release Committed has been available since last year and I am hoping for some new music in 2020.

During the set, she mentioned that this was her first time playing in PA and she did not hold back at all. Her performance was raw and she captivated the audience immediately. Check out some of her music and follow her on her socials, because you don’t want to miss her when she comes to a city near you.

Next up was the headliner of the evening, Andrew McMahon. On this tour, it was just him and the piano and he did not disappoint. Throughout the performance, he would tell witty little stories about the songs and his life and I truly enjoyed every minute.

During his performance, he invited Ivory Layne back on stage multiple times to sing together with her and you could see how much fun the two of them were having touring together.

There are still a few dates left on this tour, and I’d recommend you go see it if you get the chance.