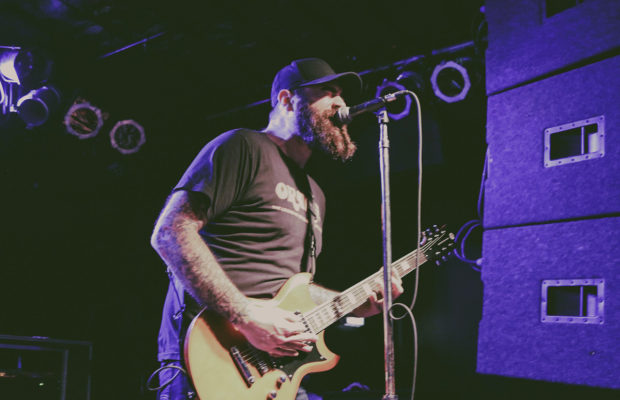 Last weekend, Four Year Strong took on Chicago full force. Currently on their Rise or Die Trying tenth anniversary tour, the band packed out Bottom Lounge two nights in a row along with their friends in Can’t Swim, Sleep On It, Light Years, and Belmont.

Saturday night started out strong with the Chicago boys in Belmont, who played a vibrant set full of fan favorites. They kicked off the night strong, and gave it their all, warming up the crowd for the bands to come. Following them was Light Years, from Ohio, who also have a decent following in Chicagoland, and got a great crowd response. The same could be said of Sleep On It, who last year signed to Equal Vision Records and have since then been gaining momentum across the States. Following their set was Pure Noise Records rockers Can’t Swim, who also have been growing enormously in popularity with the release of their most recent record, Fail You Again, which came out earlier this month. So all in all, the supporting bands on the bill each had something different to bring to the table, and each had fans to yell the words back to them.

Following all of them, however, was the band everyone was looking forward to – Four Year Strong. These guys have been putting out music and touring relentlessly with few exceptions since 2001. When Rise or Die Trying came out back in 2007, it was one of the best easycore albums of the moment, and therefore it holds a special place in a lot of people’s hearts. Songs like “Heroes Get Remembered, Legends Never Die,” are pop punk anthems, and that was proven on Saturday night when 700 people showed up to shout out every word to the entire album. With waves of crowd-surfers and some wild and fun moshing to every song, clearly it was a night to remember for everyone who attended. Four Year Strong made a great choice in touring on Rise or Die Trying ten years later, because the combination of the nostalgia factor and the overall fun album just put together an incredible performance.