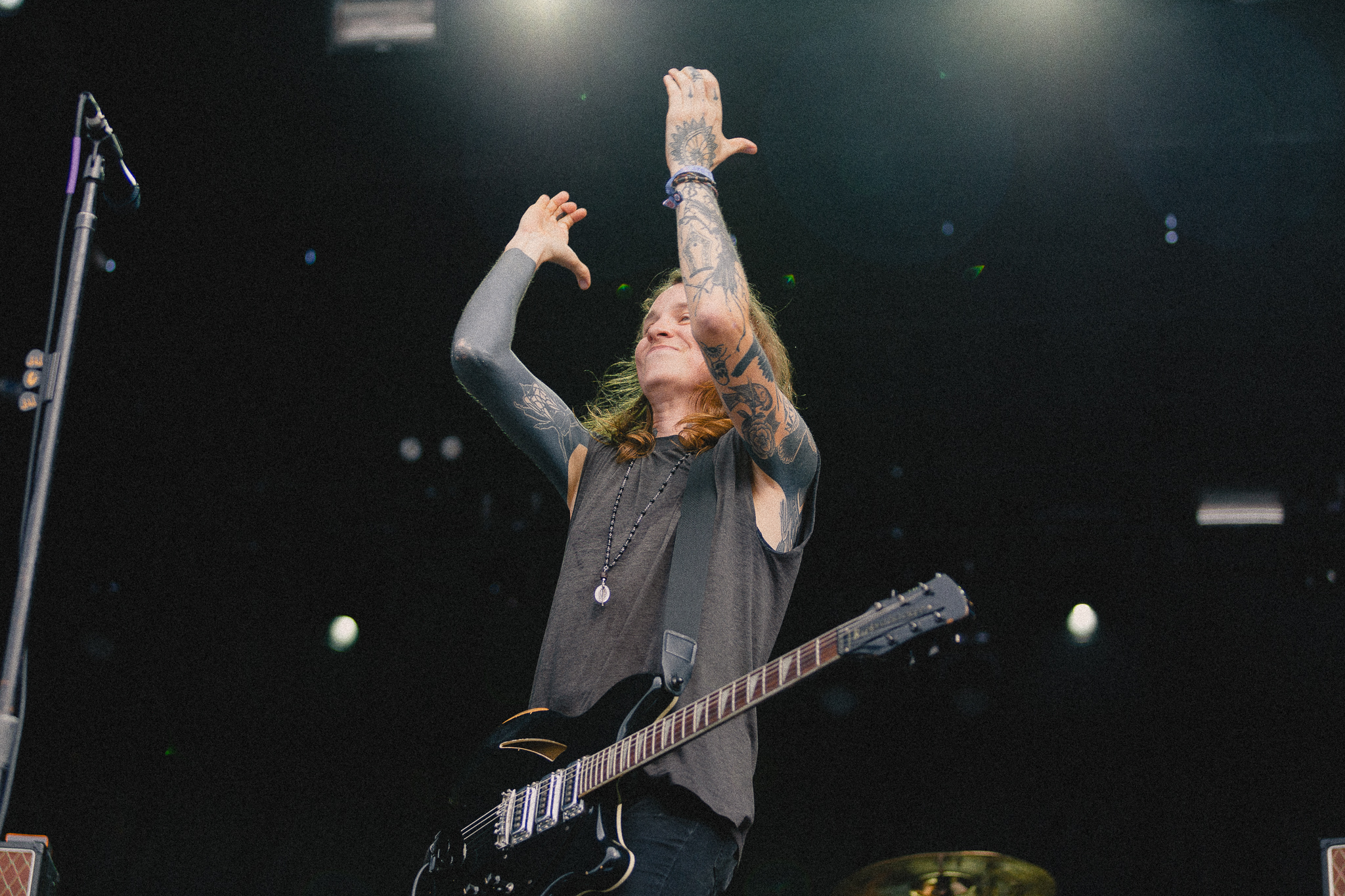 Riot Fest has been a Chicago Music staple for the last 15 years. It’s a festival (and carnival- lest you forget the Hellzapoppin circus’ support and the beautiful Ferris wheel) that attracts all kinds of attendees of all different age groups. There’s an amazing longevity to the punk scene, among the brightly colored and dyed hair of its younger audience you’ll also find a spectrum of silver and gray worn by those who refuse to give up the fight for great music and greater lives. Riot Fest has continually given them an outlet for their bravest expressions.

This year marked a lot of anniversaries and the bands reflected their audience- Slayer, The B-52’s, Descendents. The list of silver-fox punks is ever-growing, but the rebellious spirit remains the same. Always fighting to be heard by a society that doesn’t want to listen, they’ve decided to turn up the volume and dance in their own circle pits until every neighborhood is ruled by rebel girls.

In typical festival fashion, each day had somewhat of a theme. Friday was for the pop-punk kids with newcomers like Hot Mulligan and Neck Deep followed by fathers of the genre Descendents and Blink-182. It’s probably weird to write songs about being a misunderstood teenager and then sing them as 45+ year old dads but as long as there are parents there will always be kids who need albums like Enema of the State and Milo Goes To College.

Saturday went a little heavier- even the punk that day had somewhat of a hardcore edge (The Story So Far, Rise Against) and paid homage to thrashlords Anthrax and Slayer who came out to prove unequivocally that they’ve still “ got it”. The Rise stage offered a palate cleanser with excellent bands like Surfer Blood, Turnover, and Bloc Party while the Radicals stage featured the legendary Wu-Tang Clan. Wu offered tributes to Ol’ Dirty Bastard and Kurt Cobain the only way Riot Fest knows how: huge mosh pits and singalongs.

Sunday brought out the classics, the legends, and the trumpets. Ska dominated the Rise stage and picked it up (pick it up, pick it up) to climax with Streetlight Manifesto, followed by ska’s cool older brother Midwest Emo by masters of the genre American Football. The Radicals stage held Nick Lowe, Village People, and The B-52’s- all of whom made waves in music history. The Riot stage was full of female empowerment the entire day, warming up with the funky and fun Skating Polly and up-and-coming rockers The Beaches. Following their sets were legendary Against Me! and Patti Smith and her band. The final act of the night were feminist punks Bikini Kill, doing their first Chicago performance in over twenty years, bringing out the riot grrrls young and old. The other two headliners for the night, performing on the Roots stage and the Rise stage, were The Raconteurs (who are talented and compelling enough to surpass Jack White’s pretension), and Taking Back Sunday, who played not one but TWO albums for a full crowd.

All in all it was a weekend of marvelous outfits (complete with piercings, tattoos, GWAR blood), inspiring calls to action, and a wholesome sense of belonging. Riot Fest has been doing at least a few things right for 15 years straight now and one can only hope for at least 15 more.

If you want to see more photos and read more about each day of Riot Fest and relive the days one by one, check out our daily playlists and recaps here: