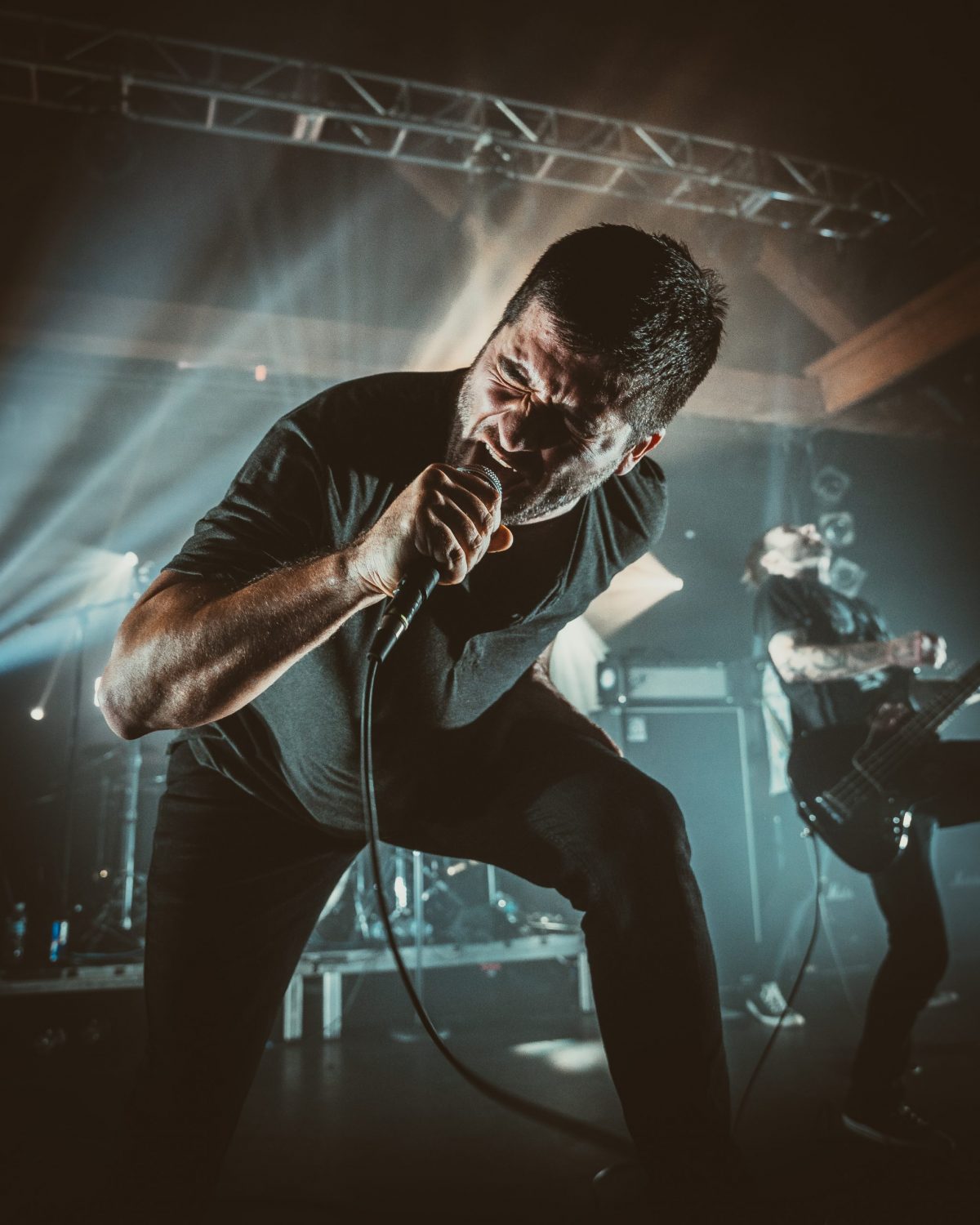 Alexisonfire made their return to Seattle on the tail end of a western Canada string of shows. While most nights were played in large arena’s of 10,000 or more, The roles were reversed last Sunday night. As the final show with tour mates, The Distillers headlined to an audience of roughly 1500, Being Canadian, I grew up on the early days of AOF. I feel a sense of pride in a band that has stuck to their roots over the last 16 years.

While this isn’t my first experience with Alexisonfire, It most certainly is my favorite. 10 years ago performed a free show during the 2010 Olympics in Vancouver for all of one minute and thirty seconds.. a barricade broke and that was the end of the show, at the time I was upset they wouldn’t perform. fast forward 10 years, and I completely understood. As the five-piece from St. Catherines Ontario took the stage at the Showbox. While they performed a condensed setlist from the other dates on this run, Alexisonfire electrified the audience the moment George spoke he spoke his first words. Opening with Young Cardinals, the Seattle crowd surged forward aggressively, immediately being pushed forward from the fans in the front row. A moment of stillness came pausing between songs and quickly escalated again with Boiled Frogs launching the audience back into a frenzy. During the 3rd song, I remembered a moment where I could hear Dallas sing over the audio system, the crisp clean sound intertwined with George and wades guttural screams. As I watched on from the back of the venue, I saw body after body fly over into the arms of security. I felt a certain kinship to some of the older songs, having known the lyrics half my life, and seeing a ravenous crowd shout back those same lyrics.

Finishing their performance with This Could Be Anywhere In the World, AOF covered a dynamic setlist spanning all four of their major records including one of their new singles which we released following their rebirth in 2015. Since Alexisonfire’s rebirth in 2015, the band has remained quiet over the years. These western Canadian dates have been the closest thing to a tour since in North America since they said goodbye initially in 2012. while some moves have been made it’s tough to say if we will ever see Alexisonfire make countrywide runs again, but if given the opportunity. I strongly recommend everyone experience Alexisonire live.