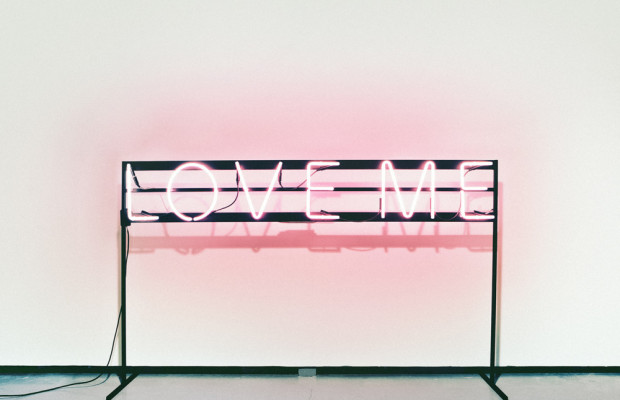 Filled with skepticism and doubt, the news of The 1975’s return would have received a far different reaction from me a year ago. Hot off the success of their self-titled album, I was as into the pop band as everyone else. However, the two year process it took for them to complete their upcoming album, I Like It When You Sleep For You Are So Beautiful Yet So Unaware Of It, caused them to lose some appeal for a bit.

When their new single “Love Me” premiered on BBC Radio 1, I listened with the same amount of bitter skepticism I had been holding in my heart for the past year. I mean, I could only listen to the same set of songs for so long before I went a little nutty. However, the second the opening guitar riff filled the speakers, it was as if I traveled back to last year when I wore my 1975 merch all day, every day.

Some would disagree, but “Love Me” is a comeback track for The 1975. While they never technically “left”, the atmosphere of the band before they went into the recording process of this upcoming album was definitely heavy. After performing easily over two hundred shows in 2014, frontman Matt Healy suffered a nervous breakdown onstage causing fans to worry and onlookers to wonder if the band had simply been overworked.

Upbeat and infused with 80s rock influences, “Love Me” is the opening to the band’s colorful future. Ditching the black and white color scheme that engulfed them from the start, the band has gone pastel pink in both album marketing and music style.

There is a lot going on in “Love Me”. Every time you listen, you pick up a different instrument playing somewhere on the track. As Healy mentioned in their interview with BBC, the use of many different, and odd, instruments is a common theme on I Like It When You Sleep For You Are So Beautiful Yet So Unaware Of It.  For “Love Me”, each part is played so well that the chaos of sound actually works in favor of the three and a half minute track. It also needs to be mentioned that they managed to throw in an electric guitar solo in the middle of what is a very bubble gum pop song.

The production value of their music has definitely been turned up a notch. While the use of distinct beats and guitar riffs isn’t something new for the band, the incorporation of these 80s influences in “Love Me” is a positive next step forward and is hopefully represented throughout all of I Like It When You Sleep For You Are So Beautiful Yet So Unaware Of It. It’s about time the 80s made a comeback, right?

In true 1975 style, the lyrics in this single have to be brought up. Poking fun at the current media market and the narcissism seen throughout the music and world of celebrity, “Love Me” shows that while the arrangement and influence of the music may be different from previous releases, the quality of writing and subject matter in The 1975’s art hasn’t disappeared over the past two years.

While we all patiently await for the release of the album in February, it is very clear that The 1975 plan to take this sophomore album and run with it. The energy is higher than ever before and the creativity that catapulted the band into success seems to have only grown.

If Healy is correct in saying that “Love Me” is the track that encompasses this upcoming album and chapter for the band, it might be time for us all to break out our 1975 merch again because 2016 is going to be the year The 1975 takes over the pop world.