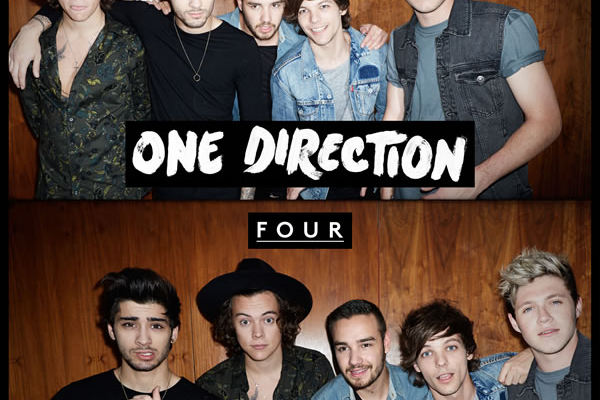 Huh? Boyb and? Where? The global sensation known as One Direction have just released the first song off of their upcoming album, Four, and let’s just say – “Fireproof” sounds like anything, but the pop infused boy band the world has grown to know over the past four years.

While the 1D fanbase across the world had heart attacks as “Fireproof” dropped unannounced earlier last week, it became rather clear that the five boys that make up the band have been hard at work shifting their sound. Half expecting an overproduced and stupidly catchy pop song that would be played repeatedly on radio stations across the world, “Fireproof” was a pleasant surprise.

Now, this track still has all of the makings of a pop song – the lyrics will get stuck in your head, the beat is kept simple and repetitive and it will cause the preteens and teenagers of the world to fall even more in love with the lads. Basically, these guys could put out anything and it would still sell millions worldwide (the overly charming boy band fixation the world has is the greatest marketing tool).

However, the production of the single is what really intrigues me. Similarly to “Story Of My Life”, off of Midnight Memories, “Fireproof” is pretty stripped down – there is no crazy production around it like most of their prior songs. It sounds like it was composed effortlessly – the beat is kept soft and mellow, allowing for the boys’ vocals to really carry the song.

Side by side, “Fireproof” has almost zero things in common with their very first single “What Makes You Beautiful” that was released in the North America three years ago. These boys are no longer the starry eyed lads running around on a beach in blinding bright pants – their voices and quality of writing are stronger than ever and it seems as though, One Direction’s finally taking control of the music that release into the world.

For the first time in One Direction history, “Fireproof” doesn’t have a single vocalist that outshines the other members on the group. In many of the tracks cranked out by them, Zayn Malik’s voice always seems to overpower the other four members at some point in their songs. However, the voices of Zayn, Harry, Liam, Niall and Louis all blend together perfectly for a harmonious three minutes.

Of course, there is one bone I naturally have to pick with this one. “Fireproof” is an incredibly strong song, however, the long pause in the second verse after Louis Tomlinson’s part really irks me – it makes the song lack structure and appear lazily put together. Having a few more lines in that verse could have fixed that ever present hole in the middle of the track.

Though ‘Fireproof” is not the leading first single off of Four, the tune is definitely a testament to One Direction’s new sound. As the years progress, they grow more and more into the music they produce and it can be inferred that Four is going to be their most mature record yet. With rumored collaborations with artists such as Ed Sheeran, The 1975 and Kodaline – the hype around Four is all about the songwriting and quality this time around.

With the members of One Direction ranging from ages 20 to 22, it’s about time the group dropped their preteen pop sound and start producing a well thought out and artistic product. As history has shown, shaking the boy band image is nearly impossible and while One Direction will always been seen as just that, there is still some wiggle room for them to shake the stigma and prove that boy bands are capable of putting out self written and serious albums.

Midnight Memories showed just a glimmer of what these five boys are capable of and with time, Four might just be the album to take them to a whole new level.

We will have to wait and see for now.