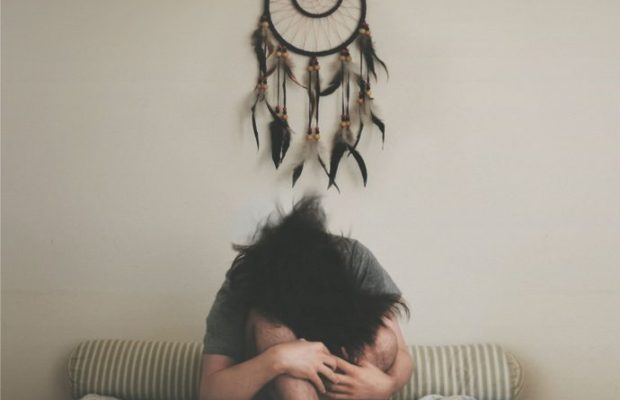 Following the release of their first album and highly successful stint on the 2015 Van’s Warped Tour, From States Away are back with their sophomore EP, Hypervigilant. Consisting of five strongly composed tracks, the five-piece pop-punk group from New England have rooted their songs with lyrics about struggling with depression and anxiety.

“’Fight or Flight’ [the single from the EP] depicts the initial journey a person begins to go through when they start to feel anxiety/depression for the first time,” vocalist Chris Lauletti. The single, boasting the lyrics “I’m a wrecking ball in a doctor’s office”, harbors an uncomfortable topic out of the band’s control and places it firmly in their grasp.

While pop-punk music can start to sound repetitive and familiar, the band keeps things fresh and exciting with brutally honest lyrics and a cohesive, cooperative sound. The band really comes together on “Ferris Wheel”, bolstered by guitarist Bennett Pisaniello’s guitar and Sal Salemme’s drumwork, to remind those who have doubted the genre that it is still very much alive and well.

Although their sound has yet to be mastered, and the band has yet to gain national notoriety, From States Away does give fans and new listeners a glimpse into the potential they’ve yet to reach.