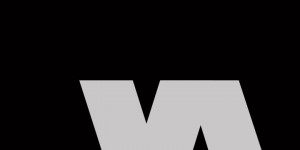 Invaders is the debut EP of the London based trio, Invaders. The three former members of Town Hall Steps formed the alternative electronic band in 2011. They have released their self-titled EP recently which has drawn them fans from across the globe.

Invaders starts off with the first track “Hummingbird”. Taking a first listen, it is obvious that Invaders is heading towards a rather dark and mysterious sound. Throughout the EP, a dark vibe still stands. Closing my eyes, I just imagine walking through a dark smoky forest at night on Halloween. “Vapour” is one mentionable track, it starts off with deep vocals and does a transition into a high pitched chorus that sends chills down you spine. It’s a song that you just want to play on repeat while trying to fall asleep. The EP ends off with “Three’s A Crowd” which brings a more upbeat side of the band. With the eerie electronic beginning and what sounds almost like “whisper vocals”, it transforms into a high energy electronic song that almost resembles a Mindless Self Indulgence song.

Invaders is highly catchy and these tracks will get stuck in your head constantly. For a debut release, Invaders is of very high quality and really shows how much potential that they have for the future.