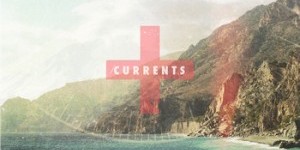 Hailing from the Los Angeles area comes Currents, a four piece rock band consisting of former members of bands The Body Rampant and Take Notice. Since their inception in the summer of 2011, Currents has been in the studio working with Justin Powell (The Cab) and Kyle Black (Set Your goals, Pierce The Veil, All Time Low) on their debut EP. Their self-titled EP is set to release for free download on November 1st.

It was stated by singer Joe Shermans that they weren’t trying to please a certain scene. Listening to the album, it is very easy to tell that. Keeping rock roots, the album also makes it’s way towards a more pop-punk sound with “L is for Lush”. The album varies in sounds, for example “Cause I’m A G” starts off with a gnarly intro which leads into a upbeat catchy song. They then slow it down a bit in “Chase The Sun”. Not to mention, “What Big Teeth You Have” ends off the EP on a great note, with the outro holding rather cringe worthy chords that somehow fit into the song perfectly.

Overall, the EP is very impressive. Having only been their debut release, the future is only looking bright for them. They’re one of those bands that may come up on shuffle and are recognized immediately because they’re simply a very unique band.