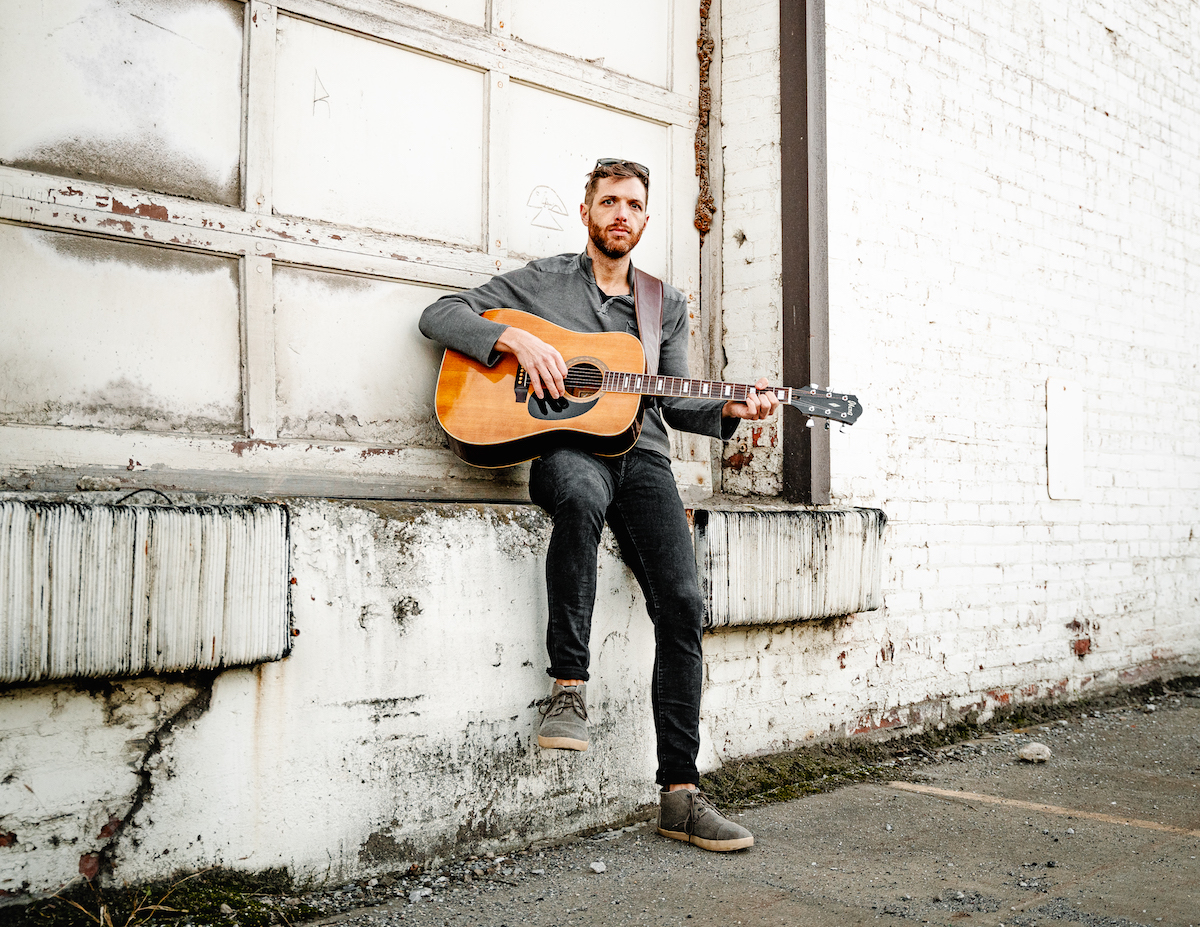 Folk singer/songwriter Reed Mitchell is getting set to release his debut album, Hot & Cold. After some reflection during the pandemic with forced solitude due to his divorce 3 weeks before lockdown, Reed emerged with a new sense of self and what he wanted to do. “I always looked back and wished I had gone for music when I was in college, but I always felt held back by my own insecurities. I think marriage and having kids were convenient excuses why I didn’t do music sooner,” Reed shares.  He just released his folksy pop single “Hold Me By the Shoulder,” a song with a Jason Mraz quality to it. The single is his second release from his upcoming debut album, Hot & Cold. He utilizes vocal layering in this song. It opens with female vocals that repeat the same 5 lines throughout, later adding the male vocals that cover the meat of the lyrics, singing “I don’t want to leave you darling/I’ll never fall asleep without you by my side/You’re the one that freed me darling/You know that I can’t breathe without your body next to mine.”

“Hold Me By the Shoulder” is upbeat, fun, and perfectly covers the idea of new love in the music and lyrics; everything is in sync, melodic, and harmonious. One thing doesn’t work without the other and the music exemplifies that is masterful. It’s a slippery slope with vocal layering like this because it can easily get too busy, but Reed really makes sure it sounds just right.

“This is the first duet I ever wrote and I had a lot of fun with that,” shares Reed. “I was inspired by the song ‘death bed’ by Powfu, I loved how the male vocal with the looped female vocal sounds. I listened to that song about 1000 times before I wrote ‘Hold Me by the Shoulder.’”

“This song was written at a time of an emotional high where I felt very close to a woman in my life that this album is about. It attempts to articulate the feeling of new love, when there’s nothing you want more than to just lay with and hold the person you’re in love with. This is the first duet I ever wrote and I had a lot of fun with that. I was inspired by the song ‘death bed’ by Powfu, I loved how the male vocal with the looped female vocal sounds.”

You can connect with Reed Mitchell via the following links: