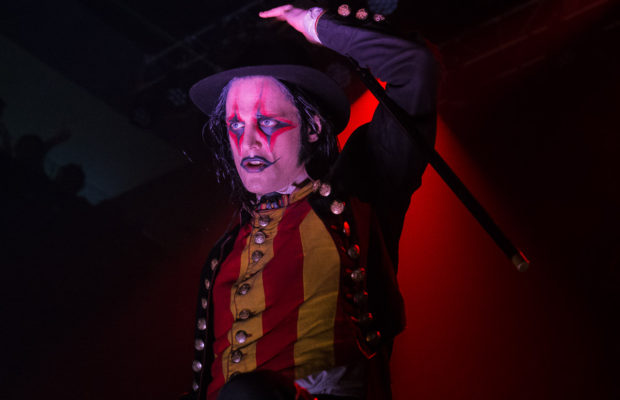 Avatar, currently touring with In This Moment, made a on-off stop for a sold-out headlining show in Louisville, Ky on April the 27th.  Having heard about their incredible live show, they did not disappoint!   From their costumes, make up, stage set up and merch booth, Avatar’s theme is that of the circus.  It is clear that these guys put everything they have into their performance.  The venue was filled with a wonderful anticipation of what was to come before Avatar took the stage.  The set started with Johannes Eckerstrom making his grand entrance on a small platform, surrounded by a curtain, at the front of the stage. Once the curtain fell away, the other members joined him on stage and set out to perform one of the most energetic sets I have ever seen.  Each band member, except for the drummer, took turns standing on the platform, allowing for more interaction with the crowd.  The crowd was full of diehard, loyal fans, many of whom were dressed up in costumes and make up, as well, in tribute to their favorite band. The venue was filled with a wonderful energy which made for a really fun night.