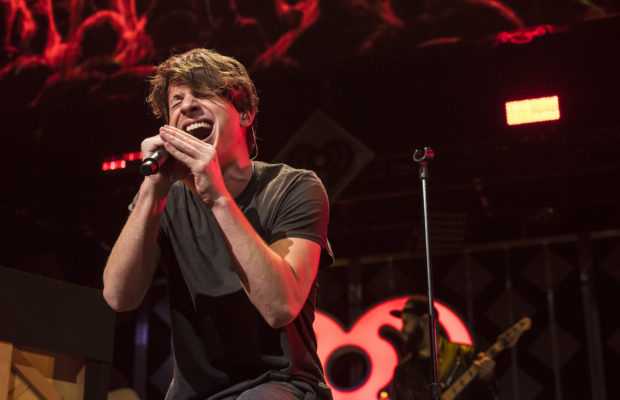 In light of the upcoming holiday season, it was time for iHeart Radio’s annual Jingle Ball tour. The tour, which stopped in twelve cities across the US, came through Philadelphia on Wednesday, December 7th. Presented by Q102, the show featured the star studded lineup of Tove Lo, Lukas Graham, Charlie Puth, Ellie Goulding, Shawn Mendes, DNCE, Alessia Cara, Diplo, and Fifth Harmony. The pre-party, hosted across the street at xfinity live, had stars such as Sabrina Carpenter, Jacob Whitesides, Hey Violet, and gnash.

Stitched Sound was lucky enough to score a spot on the red carpet, and had the chance to talk to a few of the artists about the upcoming holiday season. First to stop by on the red carpet was Swedish singer/songwriter Tove Lo, most notable for her songs “Habits” and “Talking Body.” When asked about what she’s most looking forward about the holidays, she responded, “seeing my family and my dog.” I think we can all agree, dogs are the most important part of every holiday season. After Tove Lo stopped by, Jacob Whitesides came up to talk about his family holiday traditions, and his favorite holiday foods. Whitesides said he was most looking forward to going home for the holidays. “I’ve been on the road for awhile and it’s nice to go home and see everyone. My mom just finished her last surgery for breast cancer (YAY JACOB’S MOM!), so it’ll be awesome to celebrate with her.” He also said how he is most looking forward to eating his mom’s vegetables – even though he hates vegetables. Jacob said, “my mom makes vegetables taste good, which no one can do. And I hate vegetables.” Finally, Charlie Puth stopped to talk to Stitched Sound on the red carpet. I was only able to ask one question due to time constraints that were placed by the fact Charlie spent a good ten minutes playing with the puppies on the red carpet, so I asked “With the holidays coming up, do you have any special holiday traditions you and your family do?” His response? “We Christmas carol and it’s really bad and embarrassing for all of us. I think the whole goal is to sing off tune when you Christmas carol, all of the odd notes rub against each other and seem to make this conglomerate of just horrible. Then we go to church to just forgive our sins of the night before.”

As far as the show goes, it was a constant back and forth of artists. Each artist played four or five songs, and within five minutes, the next performer was on stage. Based on the levels of screams, Shawn Mendes was the household favorite. Tove Lo started off the night, followed by Lukas Graham, who was just recently nominated for three GRAMMYs. Charlie Puth followed performing songs such as “We Don’t Talk Anymore” and “One Call Away.” Ellie Goulding performed next, playing her hit songs “Burn” and “Love Me Like You Do” from the 50 Shades of Grey soundtrack. Favorite Shawn Mendes was next, and had every preteen girl in the crowd (which was most of the crowd) singing and dancing. Alessia Cara, Diplo, and Fifth Harmony wrapped up the night, with everyone loving Fifth Harmony’s girl power and high energy.